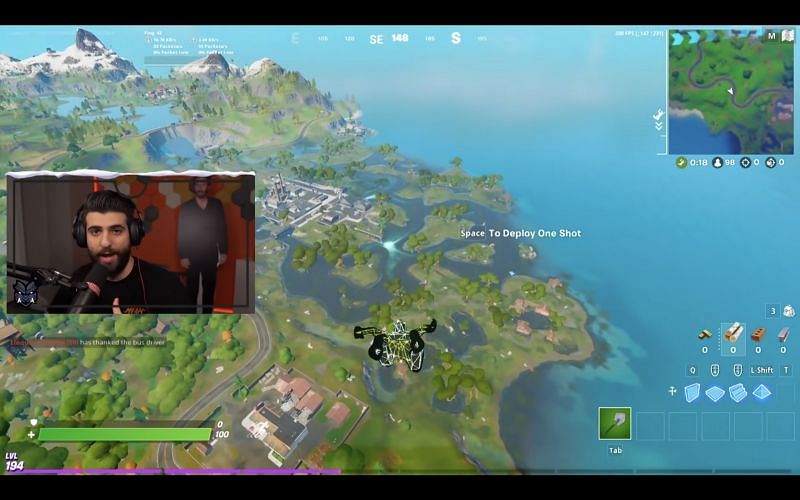 Fortnite has a mixed history with traps. They used to be a staple of the game but no one’s sure if it will ever come back.

There are two camps in Fortnite when it comes to traps. One side hates them because of how misused they were in the game. While the other side misses them because of the new angle and the original effect they had when build-battling.

SypherPK, once known as the trap king, has a very controversial point of view when it comes to traps. Traps were once his most used item in the game.

He starts with the history of traps. Traps were some of the first items featured in Fornite, so many players still associate the two. Traps were overpowered to some, and so the damage was lowered to try and make them more balanced.

Related: The Story of Fortnite’s SypherPK – A Prodigy who went around as ‘The Trap King’

Traps were removed due to players complaining about others abusing traps by placing them right before death or placing them in random places on the map. When Epic Games removed traps from the game, the side that liked traps started speaking up, and the community has been divided ever since.

Since traps were removed, different versions came in, such as the poison and fire traps. The fire was hardly worth the effort due to the lack of damage.

SypherPK had four main rules that traps should come with to keep the game balanced:

Sypher is one of the streamers on the side of bringing traps back in Fornite and has covered every iteration that Fortnite has had for traps.

Fortnite Traps have been controversial from the very beginning

As time goes on, it is clear that Epic Games has tried its best to bring back traps in a way that appeases as much of the community as possible.

The new traps continue to be taken out after the season they were featured in ended, and it is usually because they were not taken in by the community. There doesn’t seem to be a way to reach a middle ground.

Even with the opinions and suggestions of streamers and fans alike, there are just some people who like traps and some who do not.

Related: Fortnite: Traps (sort of) return to the game