The birthday photos of a 113-year-old Nigerian man has stirred reactions on social media. 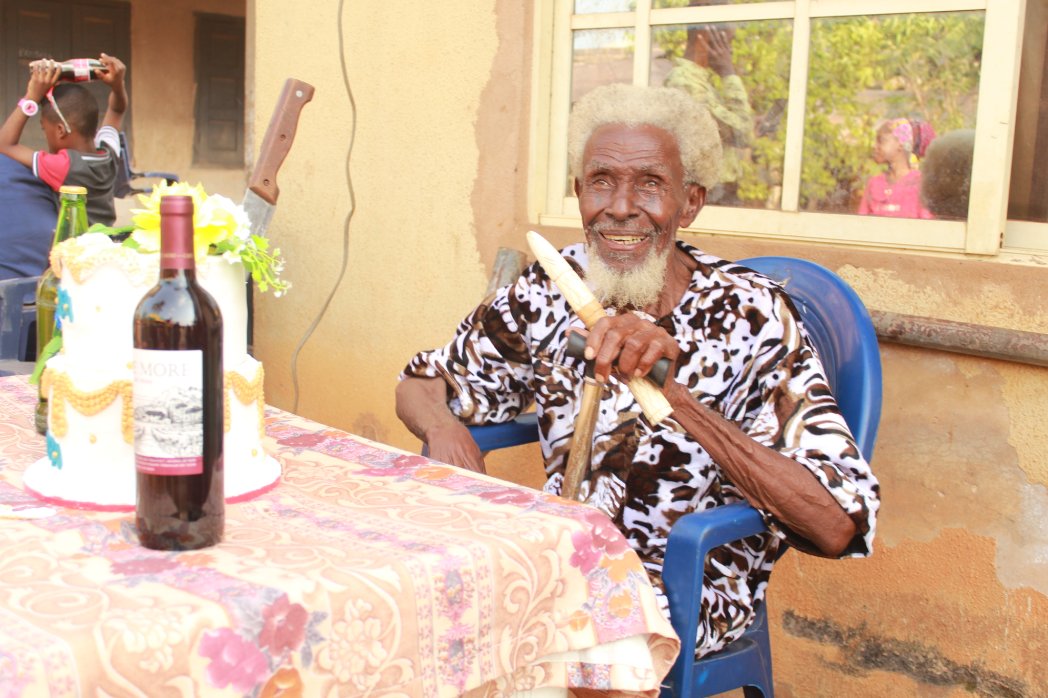 The man’s grandson identified as Chisom Lucky on Twitter, took to the platform to celebrate his grandfather as he turned 113.

According to Chisom his old man turned 113 years on January 3rd, 2021 and there was a little celebration organized for him by persons believed to be his family members. 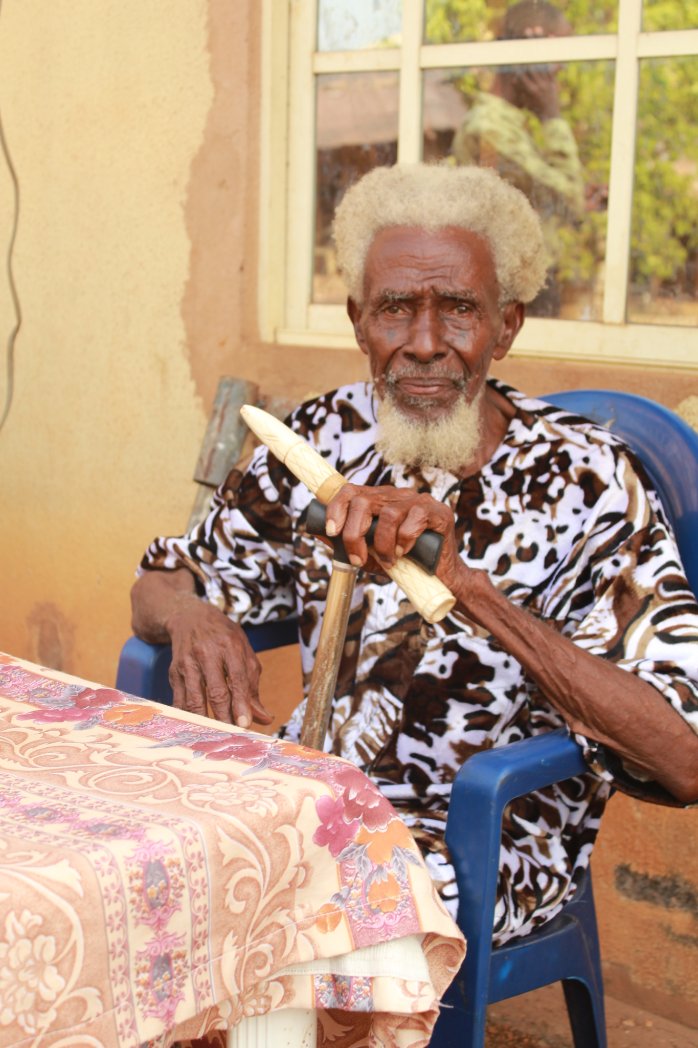 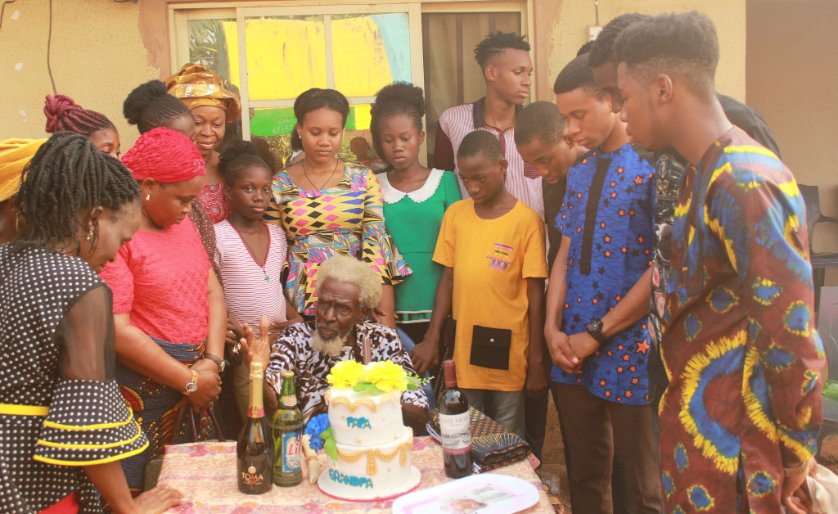 However, while netizens flooded his comment section to celebrate the old man and wish him well, many expressed their doubts about the man’s age as they claim he looks younger than his age.

A Twitter user @honour_godwin wrote, “How is the teeth still complete?”

@NeduMCFC wrote, “That man there can’t be 113 years of age for besides only his parents can truly confirm and I doubt they were in tune with age shit back then”. 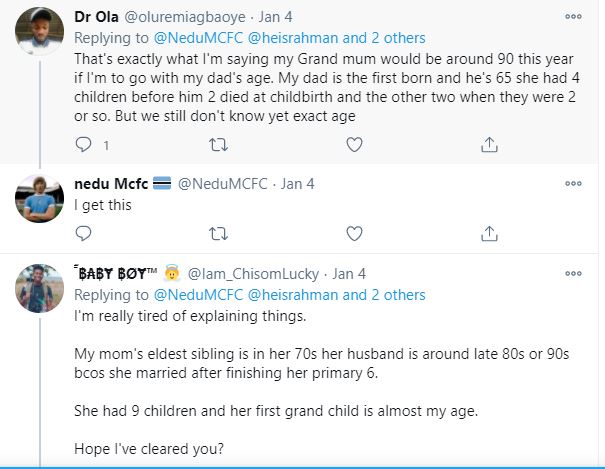 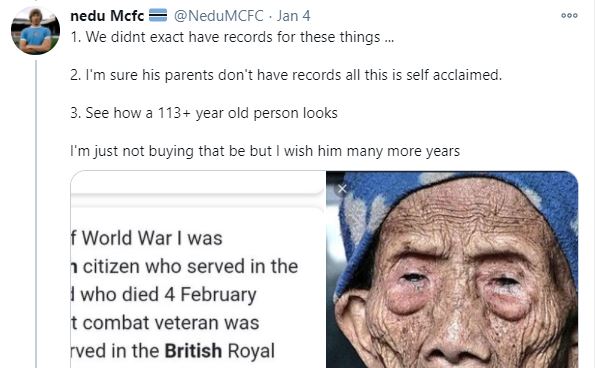 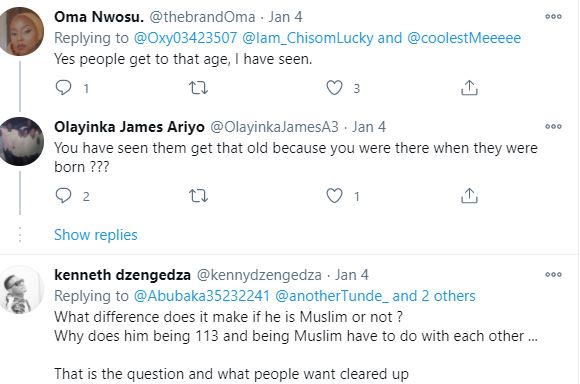 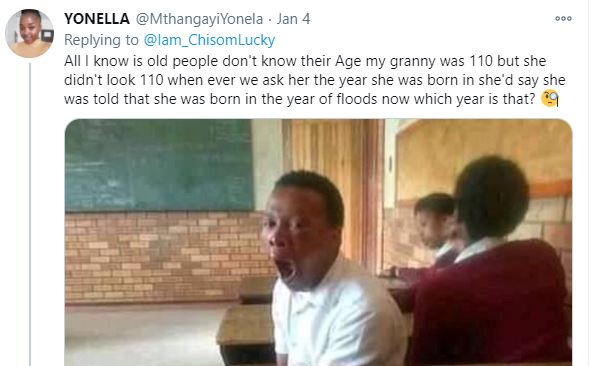