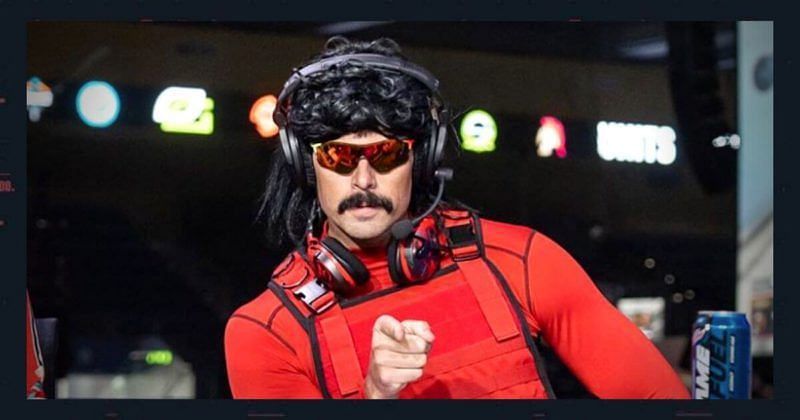 During a reveal for his new Fortnite skin, TheGrefG managed to attain almost 2.4 million viewers. And, of course, Dr Disrespect took notice along with everyone else in the streaming sphere.

TheGrefG is a Spanish streamer with a Spanish speaking audience. So Dr Disrespect, as the showman he is, decided to tweet out a black and white clip of himself speaking in Spanish to TheGrefG.

It was roughly translated to English, and Dr Disrespect congratulated and challenged TheGrefG at the same time.

It truly was a congratulatory tweet meant for TheGrefG, who shattered any previous records held. However, it wouldn’t be Dr Disrespect if he didn’t tell TheGrefG that he was coming for that record himself.

Doc essentially said he can’t get too ahead of himself as long as the two-time champion is still around. TheGrefG also replied with a thank you and a clap back, saying:

“I hope you don’t play like you speak Spanish.”

Twitch and YouTube viewing records for both TheGrefG and Dr Disrespect

The past year for streaming has been absolutely massive in terms of numbers. It’s no surprise with the world’s current state and the need to stay inside for many countries.

Dr Disrespect himself is no stranger to setting concurrent viewing records, as he made waves earlier this year when he made his return to streaming through the YouTube platform.

His return happened back in August of 2020, and Doc pulled in about 500,000 concurrent viewers, which also beat out the viewership for the return of Michael “Shroud” Grzesiek.

Based on a chart tweeted out by Rod “Slasher” Breslau, that massive stream from Dr Disrespect is now only ranked 15 on a list of streams based on concurrent viewer counts.

Out of those 15 streams ranked, 11 of them occurred in the past year alone, which shows the surge in streaming viewership.

What may be even more surprising to many is the number of Spanish streamers on the list. In fact, Spanish streams make up about half the highest viewed streams of all time.

TheGrefG appears on the list four times, which is incredible compared to anyone else on the list. Dr Disrespect has a real challenge ahead of him if he plans to beat the record.