Nigerian singer, Simisola Gold simply known as Simi has warned parents not to take their child to her daughter’s school if they bully other people. 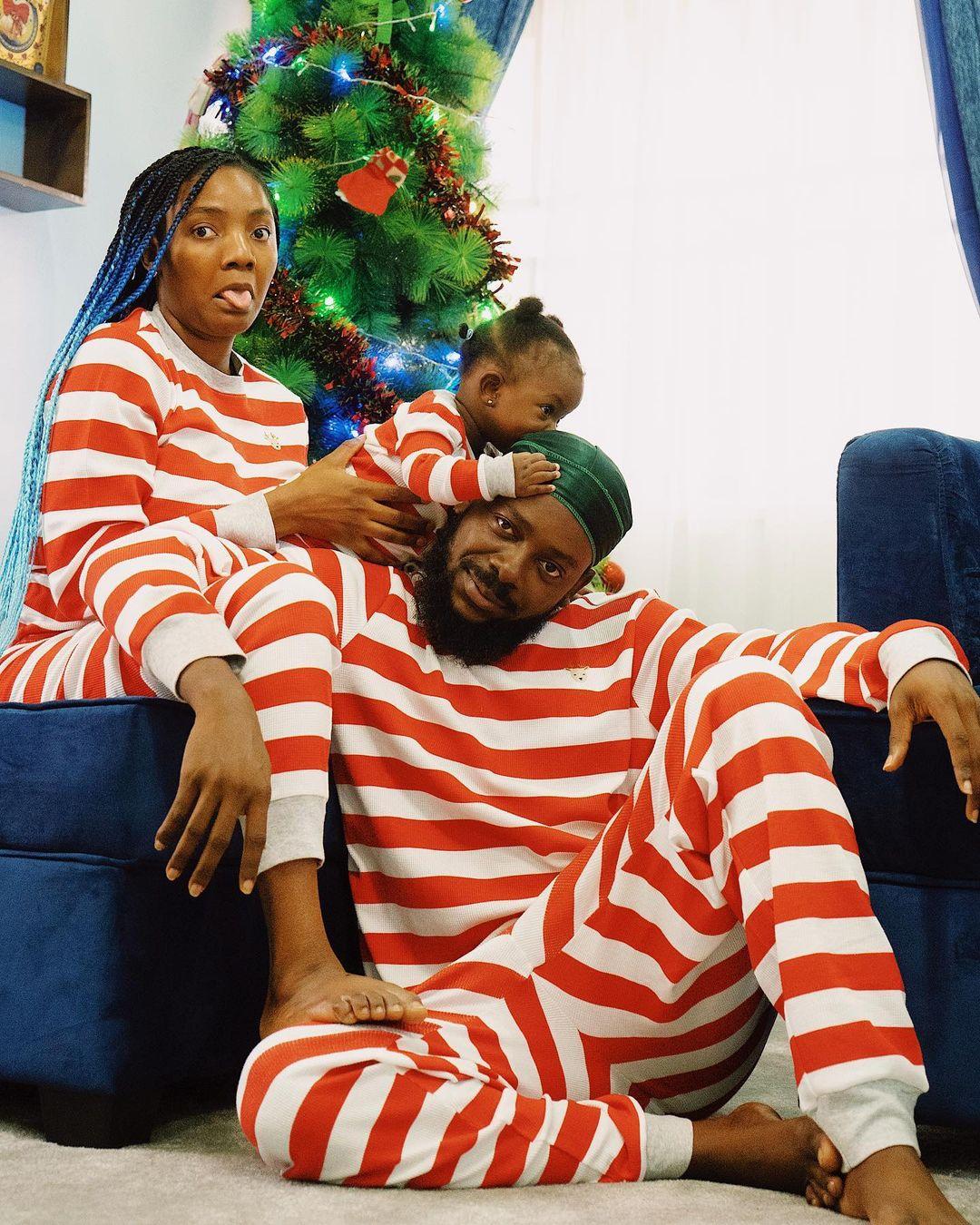 The ‘Duduke’ crooner made this announcement on her social media page.

According to the mother one, she is yet to enrol her daughter in school but she would soon, considering her age but she warns prospective attendees of such school not to bring their ward if he/she is a bully. 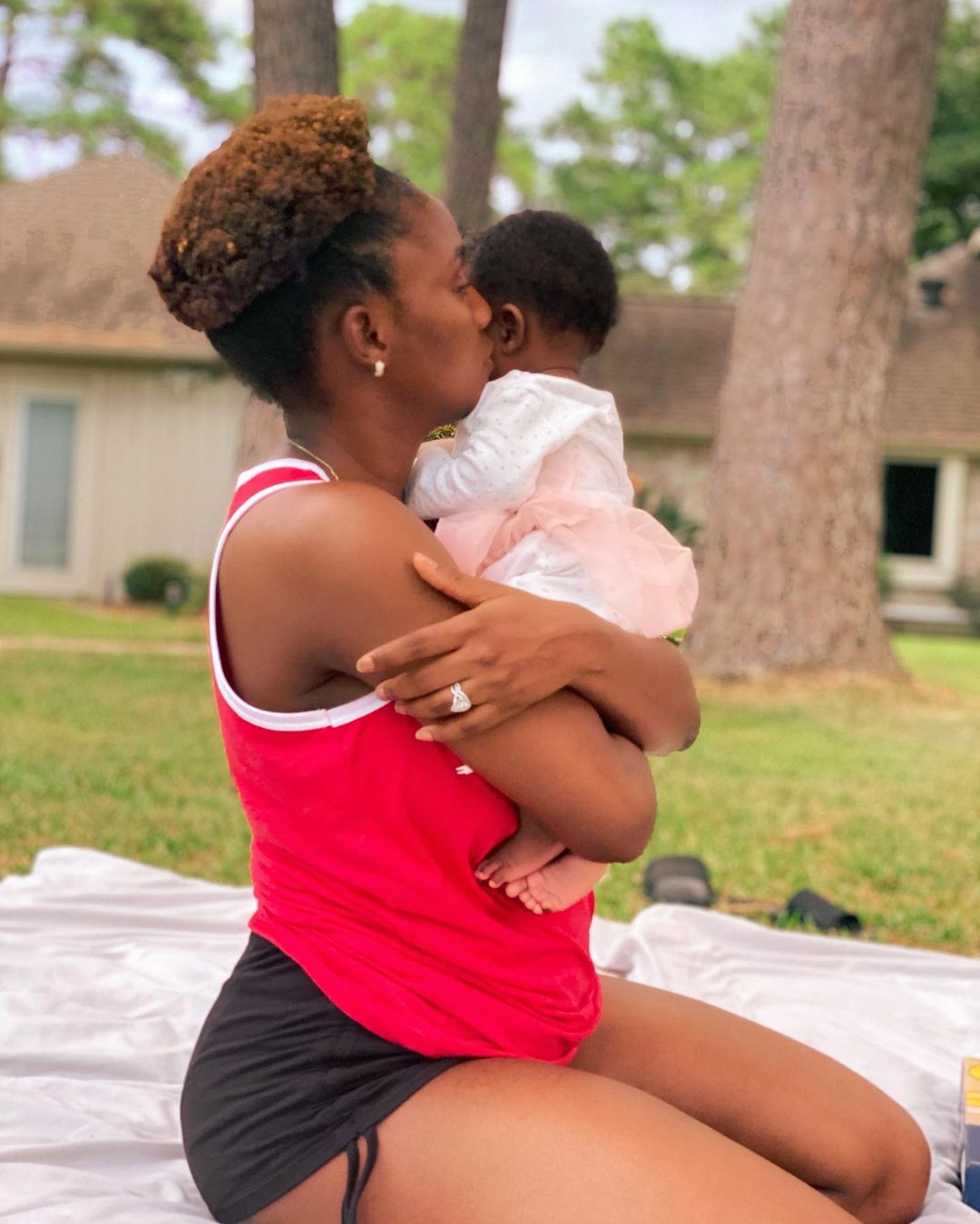 Simi further stresses that anyone who hits or bully her daughter would not only have her to contend with but will also have to face the wrathful torture of ‘area boys’ she would arrange to beat such person.

In her words; “Deja still has some time before she goes to school, but I wanted to tell you down, if your baby is a bully, please don’t take him/her to Deja’s school, because I fight and I will also arrange boys to beat any thug that near my child. Be you 2 years old or more.” 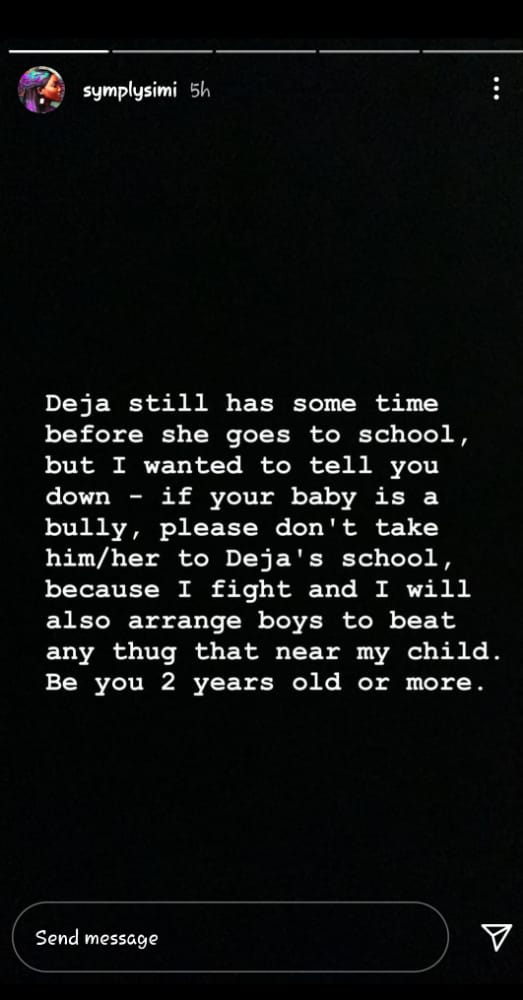