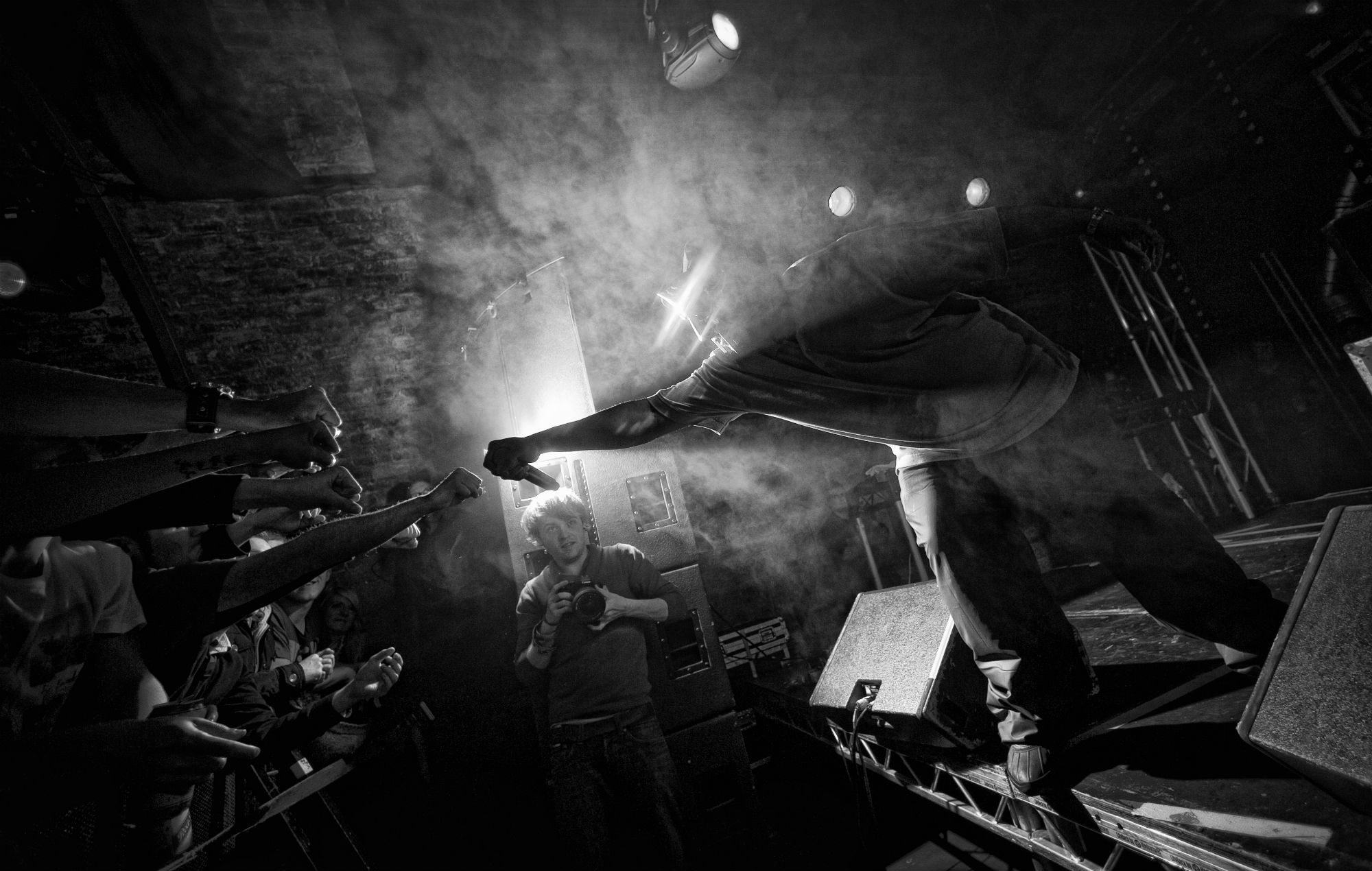 For the better part of two decades, the late Daniel Dumile thrived in the shadows as hip-hop’s elusive mastermind. Never seen without his Roman gladiator mask, the rapper better known as MF DOOM (all-caps compulsory) had revelled in mystery since he broke through 22 years ago with the underground rap classic ‘Operation: Doomsday’.

Dumile had crafted the persona of DOOM, a maniacally vengeful supervillain hell-bent on making a mark on the music industry, after the death of his brother Dingilizwe (aka DJ Subroc) and the dissolution of their early ‘90s rap group K.M.D. Before his own tragic death, announced on New Year’s Eve, 49-year-old Dumile had gained an intensely loyal fanbase who fell in love with his ostentatious punchlines, obscure pop culture references and outlandish trio of alter-egos that would make Mick Foley appreciatively wave pistol fingers in the air.

One of those personas was Viktor Vaughn, a time travelling street hustler Dumile introduced on 2003’s ‘Vaudeville Villain’. Released just a few months after ‘Take Me to Your Leader’, a wildly experimental space rap odyssey recorded under the guise of three-headed intergalactic kaiju King Geedorah, ‘Vaudeville Villain’ showcased the day-to-day life of a character who possessed more grounded ambitions than his predecessors. While DOOM and Geedorah were comic book bad guys all about total destruction and world domination, Vik Vaughn simply wanted to sell dope and spit bars (and, yes, time travel). Such simplicity establishes this record as arguably Dumile’s most visceral, and his most fully formed from a narrative standpoint.

Having overseen the production of ‘Take Me to Your Leader’, Dumile was happy to let little-known electronic music collective Sound-Ink and indie producer RJD2 take over beatmaking duties on ‘Vaudeville Villain’. With Indian sitars and drums, ‘Dead Mouse’ sounds like a surreal trip through a back alley opium den during dystopian times. Stuttering keys give off a sense of imminent dread during ‘Popsnot’’s first half, before the track switches into something more serene. Dumile was free to focus on spitting masterful metaphors over dark, inventive beats that are a melange of soul, jazz and futuristic electronica.

Vik’s tale begins the nutty professor stumbling out of his busted time machine and into the underbelly of New York City. We are then hit with an auditory assault 36 seconds as the brash hoodlum states his intent to “direct and flip a script like Rob Reiner’‘ and mocks his mediocre opposition for acting like they can “heal back like Wolverine”. He attempts to bend the space-time continuum just to cop cheap blow in ‘Lactose and Lecithin’, which ends with his vow to “next time bring men who speak Mexican and let the Tecs spin”. This is Marty McFly trapping with a chip on his shoulder, a miscreant who would rather grab a G-pack than snatch a sports almanac – and all while dressed like a hood Inspector Gadget.

As is to be expected, Dumile’s penmanship is near-immaculate on ‘Vaudeville Villain’. Any rapper below his skill level would struggle to make ‘A Modern Day Mugging’ into anything less than a hilariously anecdotal lecture on Robbing for Dummies, ending with VV almost getting capped by an elderly woman who “let off like Quick Draw McGraw” when he tries to stick her up. On the menacing ‘Never Dead’, he dabbles another time warp to the past and promises violent retribution to the ninth-graders who stole the Donkey Kong game from his school locker.

Throughout this record, it’s apparent that Vaughn exudes more of a sinister edge than the more nonchalant Geedorah and DOOM. A younger, hungrier cat with a penchant for vulgarity and villainy, his wickedness was discernible across the album’s 17 tracks. Although it’s less whimsical than most of his discography, ‘Vaudeville Villain’ saw Dumile’s storytelling prowess reach its apex with the big, bad Viktor Vaugh.

The second of five albums released over a 17-month span from June 2003, ‘Vaudeville Villain’ was distributed in the midst of Dumile’s busiest period as an artist. He was putting in as much work as Lil Wayne in the mid-to-late ’00s, a run that’s frequently mentioned among the most prolific in hip-hop, and would eventually result in the beloved records ‘Madvillainy’ and ‘MM..FOOD’. Despite the former’s legendary cohesiveness and the latter’s ingenious concept, ‘Vaudeville Villain’ is perhaps the most compelling reminder of the many talents of Daniel Dumile, cementing his standing as the rap game’s great raconteur.