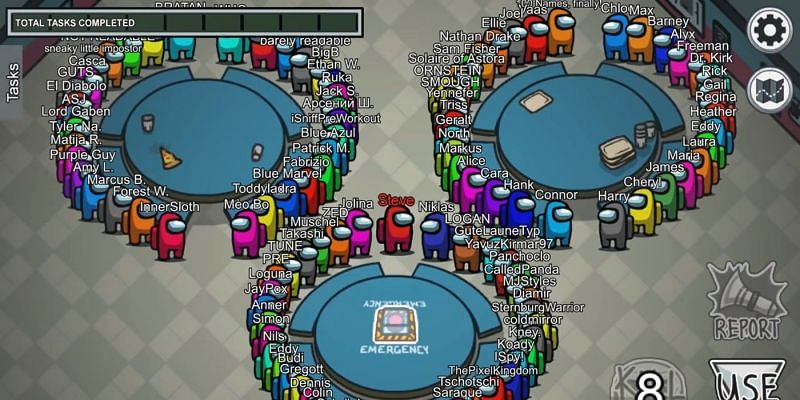 Among Us players have an incredible variety of ways to play the game, and not all of them were provided by the developers.

Mods for Among Us have introduced new roles, added skins, created total conversion game modes, and given the game a form of proximity voice chat.

Im loving this mods tho. Its been awhile since regular among us. In proximity we cant really hear Sykkuno’s crazy monologue. Istg his monologue is the most random thing ever.

These mods have the potential to help the developers see exactly which features the Among Us community wants, and how they might be able to implement them.

Among Us mods and developer integration

Mods for Among Us are unique and interesting, in part because the game technically lacks any way to support mods. Modded games must be run on private servers as the public servers don’t have a way to distinguish between hacking or modding. As a result, Among Us mods can usually only be played on the PC version with just a few exceptions.

This limitation is the biggest argument in favor of having the developer integrate the mods which have been most successful, but there will naturally be some difficulties. Mods for Among Us, such as the proximity voice mod, can be run separately from the game. If the developers were to try to integrate that kind of functionality, there would likely be obstacles which affect other parts of the game, something that modders don’t need to worry about as much.

Another big concern from the developers’ perspective is that many of the mods have certain flaws which are acceptable from a mod but wouldn’t be tolerated as part of the game. For example, there are a number of mods that have multiple game-crashing bugs that inhibit their playability.

Occasionally a mod is so well built that it catches the developers’ attention and leads to the mod creator turning their mod into a possible career path. This is what happened with the well known modder “Durante,” the creator of the critically necessary DSFix mod for the PC port Dark Souls.

Dark Souls did not natively support 1920×1080 resolutions, or run at 60 frames per second, and sported some very sluggish controls. Durante’s mod was able to remedy all these problems. This success ultimately led to him founding his own PC porting studio, a fitting path for someone who helped make Dark Souls playable on PC.

Among Us is a much smaller and younger game, so it’s not likely that any Among Us modders will be able to transition a successful mod into a fully developed career just yet, but the possibility is always there. Innersloth is still an incredibly small studio, just four people make up the entire company.

If Innersloth made the decision to incorporate these mods, and were interested in pulling on the expertise needed for them, there’s still time for them to reach out to the modders in question and discuss an arrangement to have the modder work to have their mod’s features added into the game.

Alternatively, Innersloth could work to develop mod support into Among Us itself. While this would be difficult, namely because Among Us will soon be supported across five platforms, it would at least allow players unparalleled freedom on how to play the game. Among Us already allows players to customize so much, and mod support could be seen as the final step.

No matter what happens, with so many players eager to bend and mold Among Us into what they want, the developers will eventually have to find some way to accommodate them.

Randy Orton, Bray Wyatt and others almost in tears in a new Brodie Lee WWE tribute video
Arsenal’s youngsters continue to justify their places as Gunners down Newcastle in FA Cup
To Top