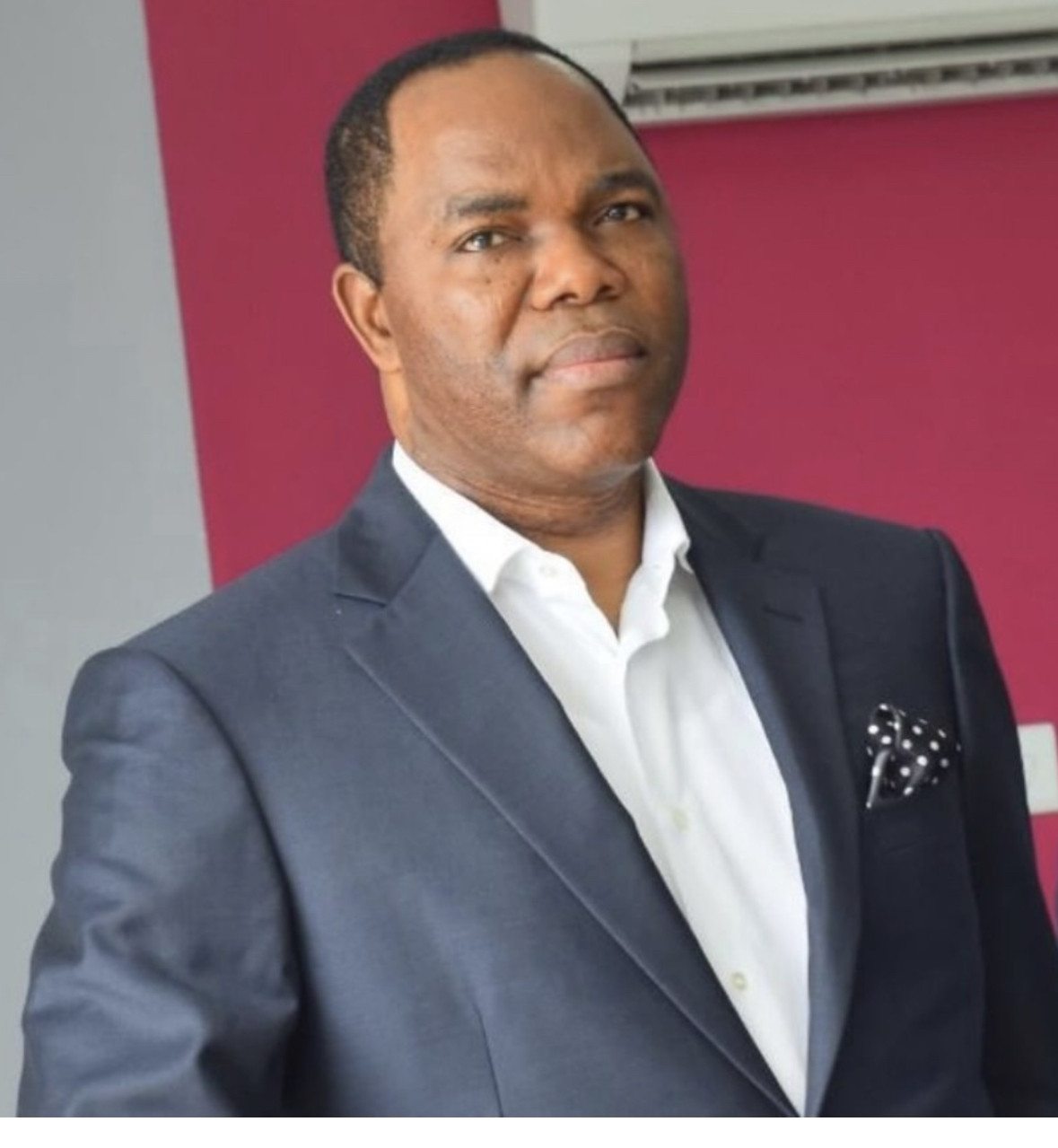 The management of Ocean Marine Solutions Limited, a maritime security solutions company, has refuted claims and petitions by Tunde Ayeni, a former chairman of Skye Bank Plc, that he is still a shareholder, vice chairman and member of the company’s board of directors.

In a joint statement yesterday by the board, management and shareholders of OMS, they declared that they were compelledto issue the disclaimer to set the records straight and prevent government agencies, clients of OMS and the general public from being misled by Ayeni’s deliberate misrepresentation of facts.

“Dr Olatunde John Ayeni is no longer a Director of OMS and any of its associated companies having resigned from OMS since August 2018,” the company posited emphatically, adding, “that Ayeni sold and transferred all his shares and interests to Wells Property Development Company Limited for valuable consideration since 2018.”

As such, Ayeni, the statement averred further, had not been involved or connected in any way with the management of the OMS since the time he sold his shares and resigned from the board. However, according to the management, when Ayeni became aware in September 2020 that the chairman of OMS, Captain Idahosa Wells Okunbo had health issues and was undergoing treatment in London; “He has since then started making false claims that he is still a part of OMS.”

While commending and appreciating Okunbo for “his selfless and personal efforts in managing the affairs of the company, the lofty heights to which he has taken it and the use of his personal resources in meeting operational financial shortfall in the company,” the OMS stakeholders reiterated their implicit and unshaken confidence in his leadership and all the steps he has taken in managing the affairs of the company.

The board of the company, the statement noted, has also passed a vote of confidence on Capt Okunbo but described Ayeni as “a meddlesome interloper who is seeking to blackmail Capt. Idahosa Wells Okunbo at this time of his ill-health for financial benefit.”

The management stated unequivocally that its accounts are in good and correct order but that Ayeni has no interest whatsoever in OMS and its affairs and, therefore, advised him “to steer clear of OMS and its associated companies.” 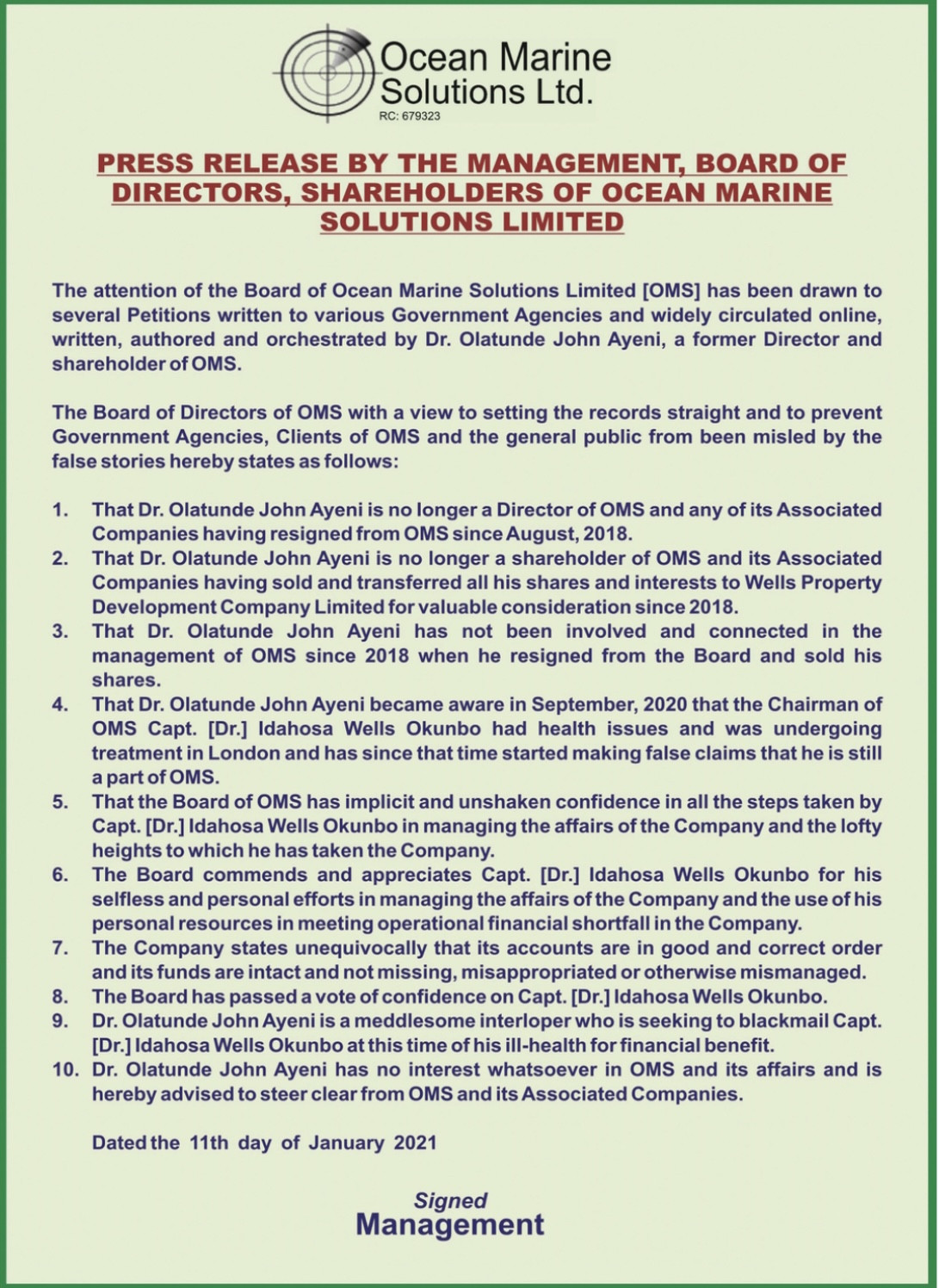 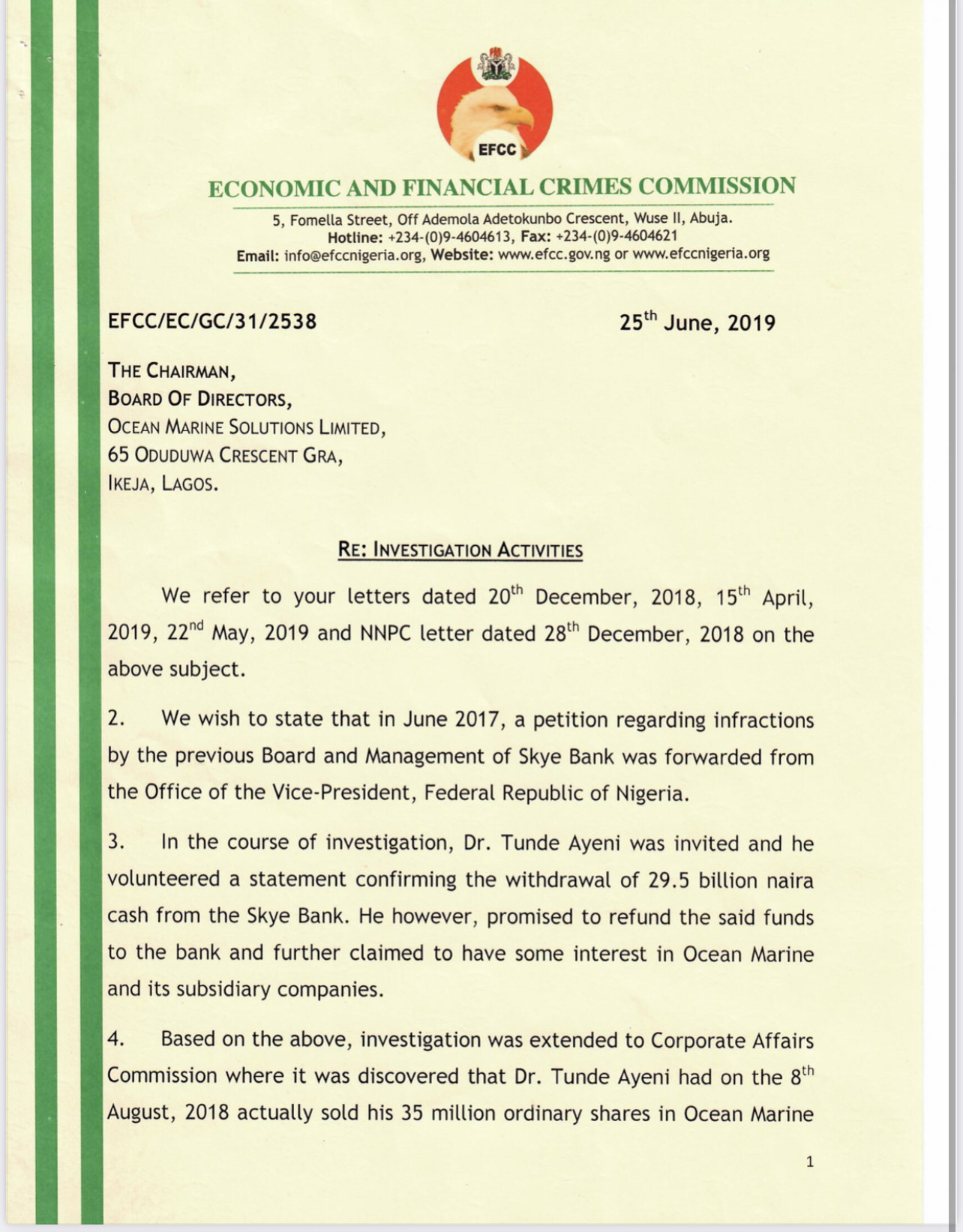 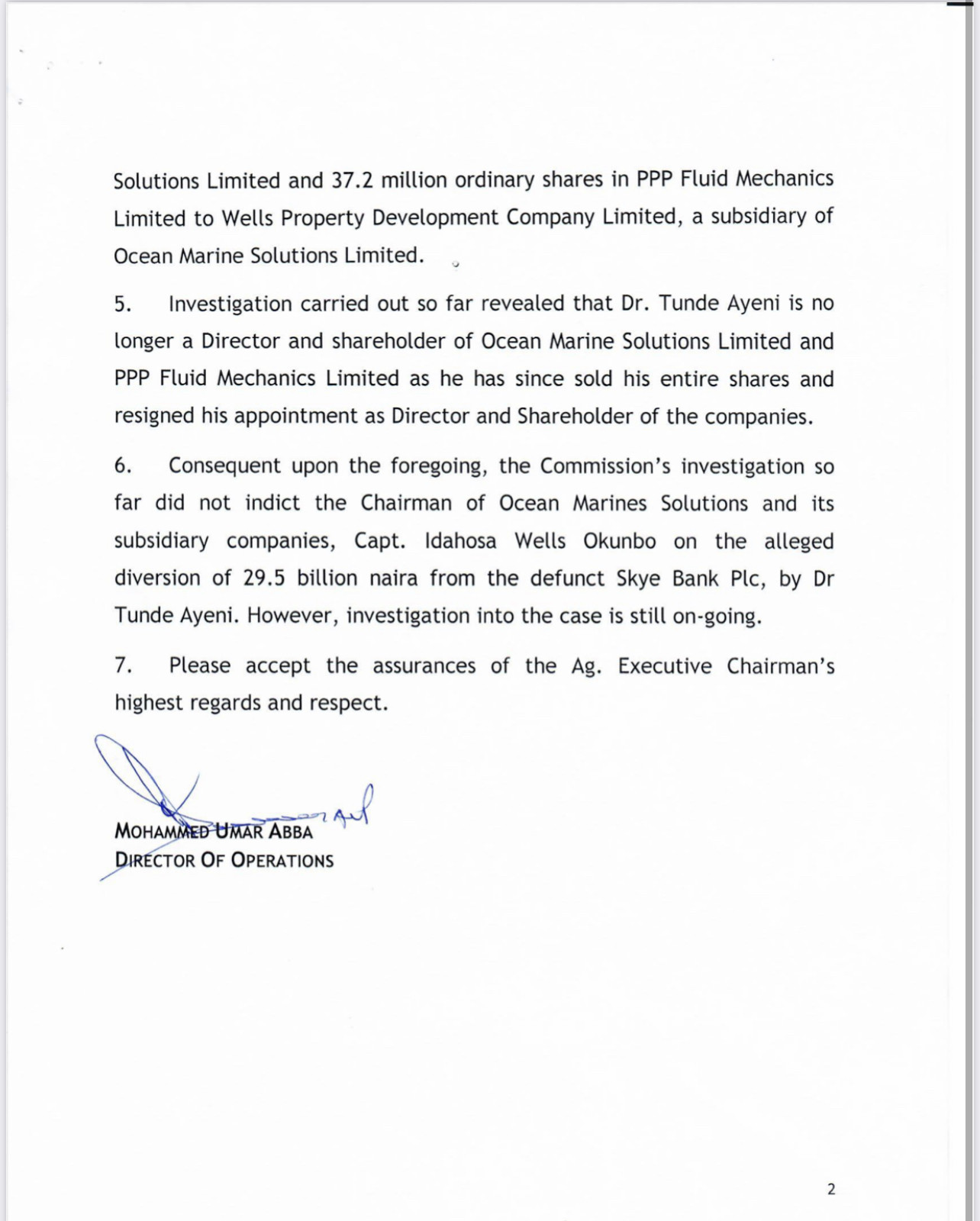 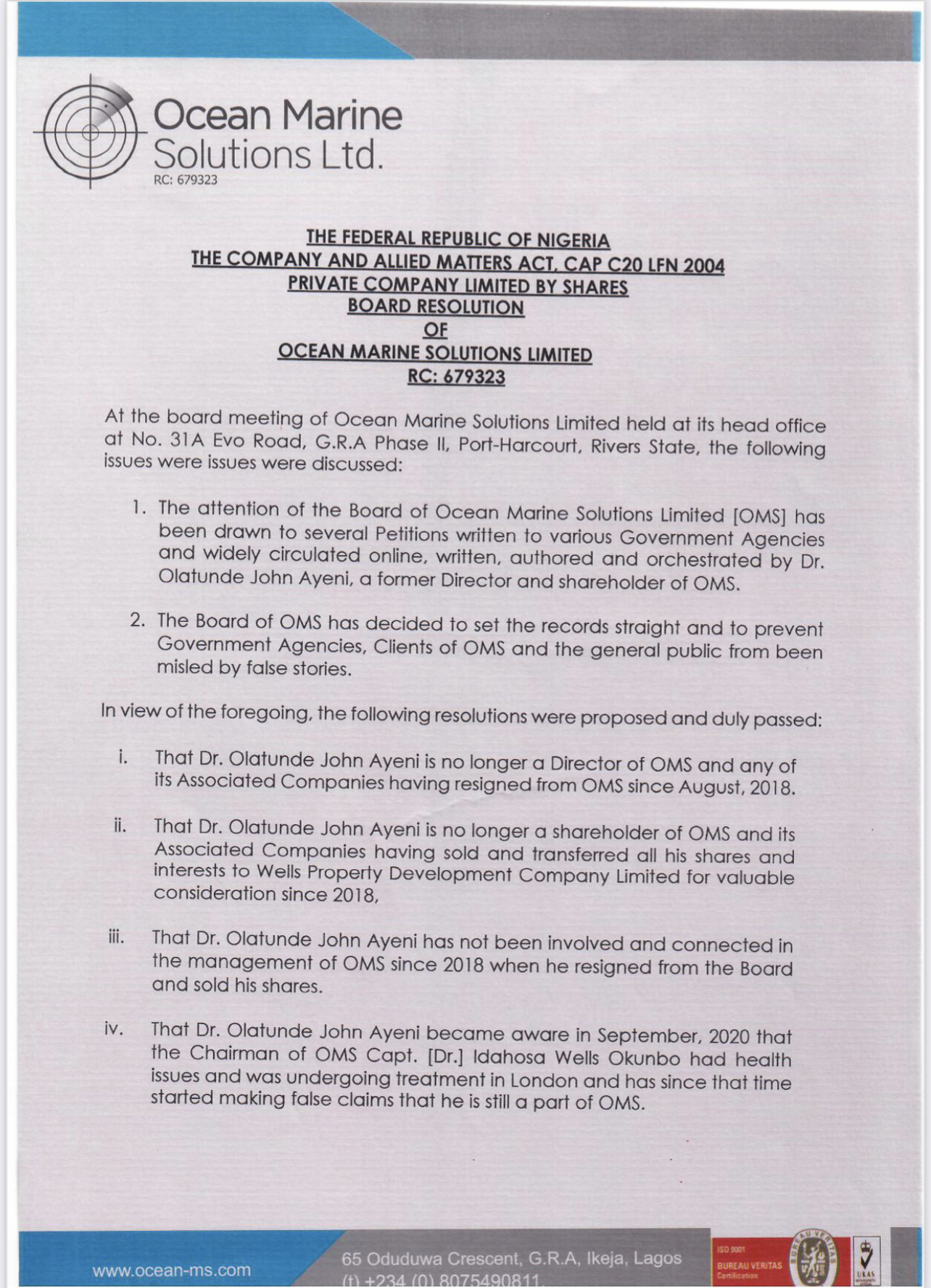 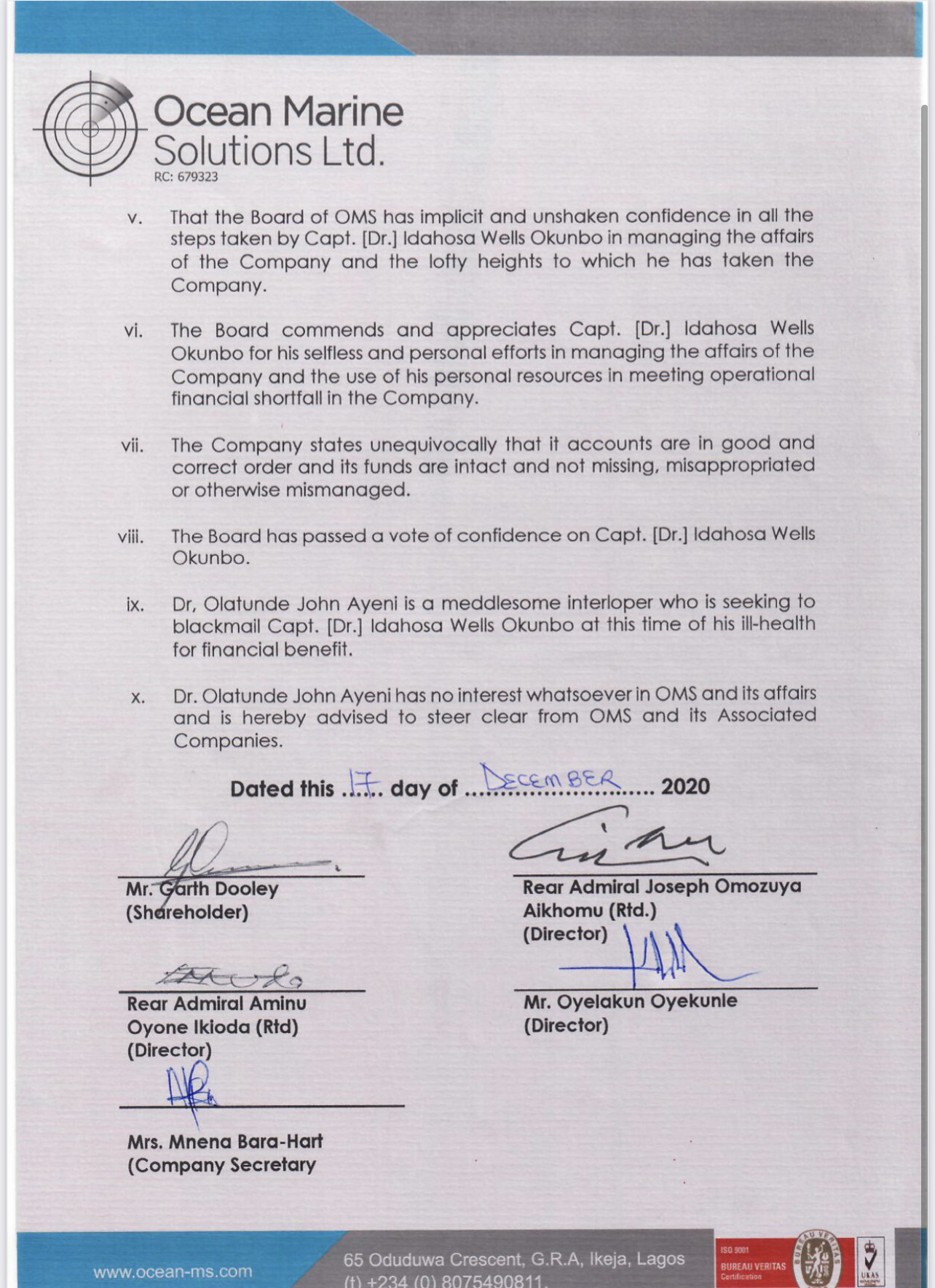 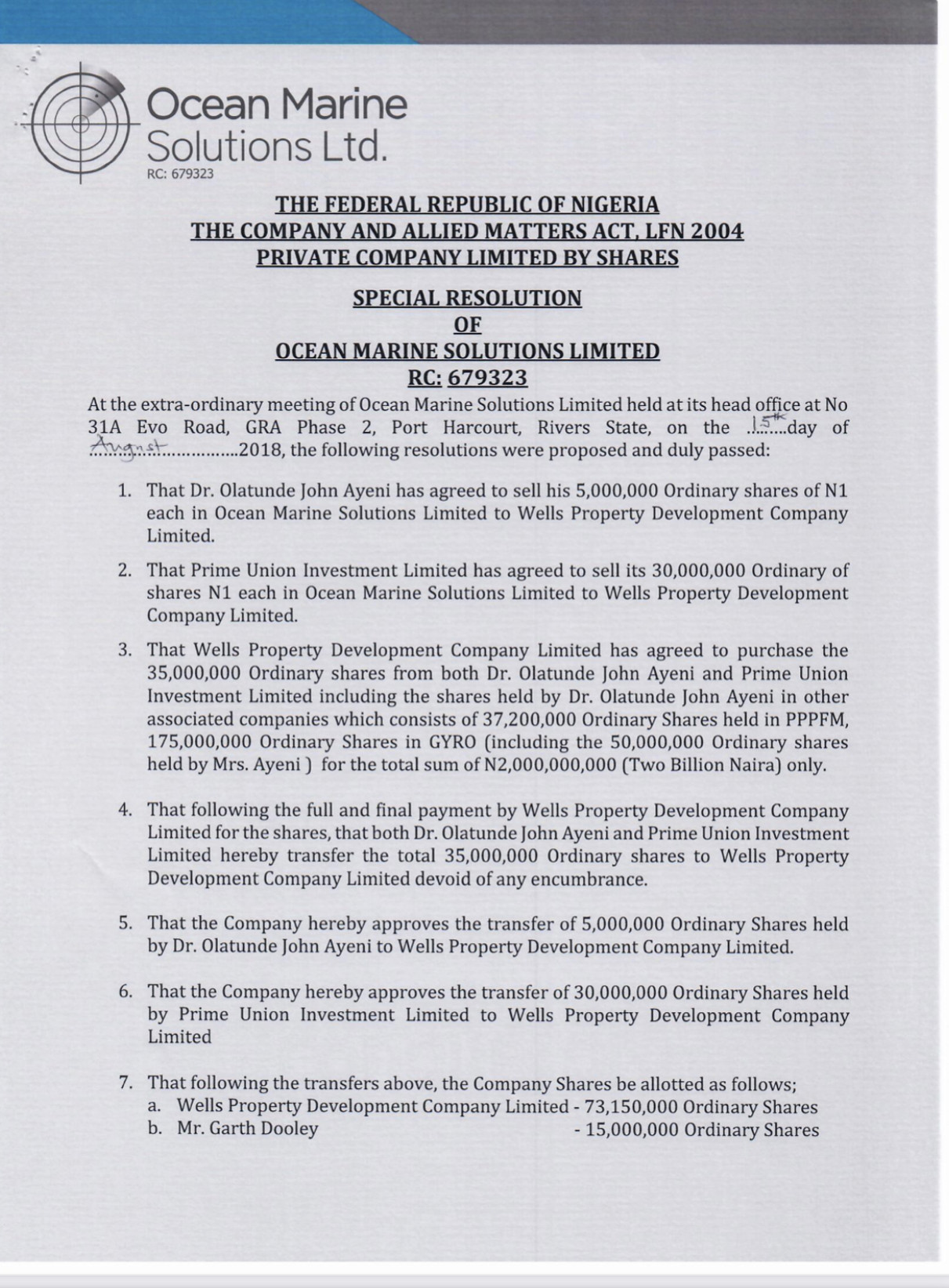 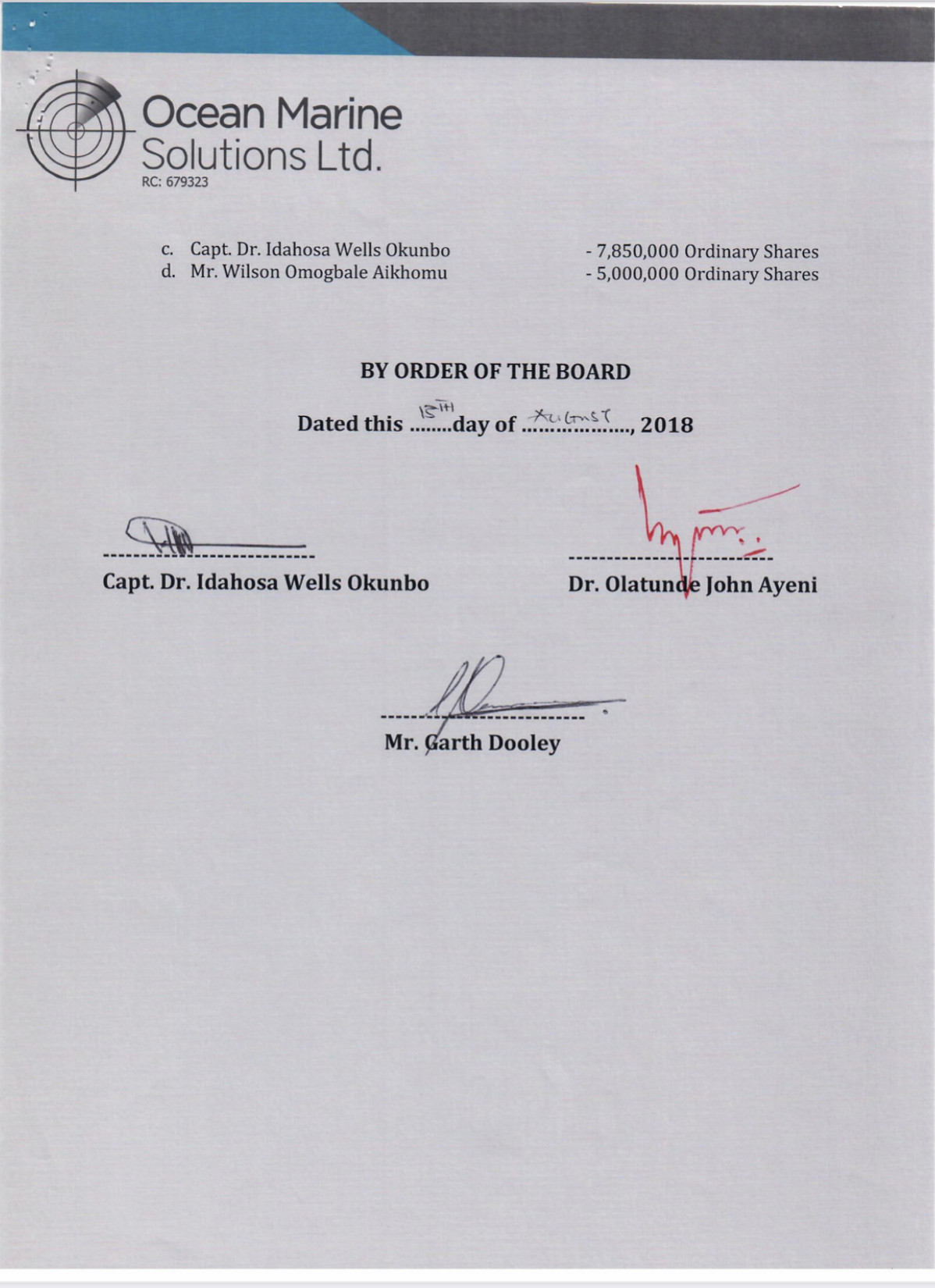