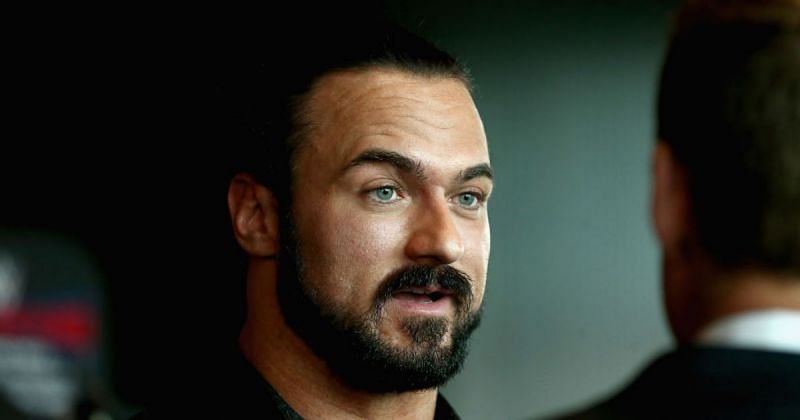 Another COVID-19 outbreak marred this week’s RAW episode in the WWE as Drew McIntyre confirmed that he had tested positive for the COVID-19 virus. The WWE Champion’s scheduled match against Randy Orton was nixed; however, he did appear in video segments during the episode.

Dave Meltzer has now provided more updates on the COVID-19 situation in WWE. Meltzer reported on the latest Wrestling Observer Radio that at least four WWE Superstars, including Drew McIntyre, have tested positive or had just gotten over COVID-19.

“So, there are at least four, including Drew McIntyre, WWE wrestlers that I’m aware of that have or just got over COVID, and there may be more. Those were only the names I know.”

Meltzer added that one Superstar from SmackDown also tested positive, and WWE was forced to take the star off the most recent Blue Brand episode.

“And, there was one on SmackDown who did miss SmackDown, was written and scheduled on the show, and was taken off.”

Another big name recently returned from COVID, while one NXT talent is also down with the virus.

“There are at least, there is one who is a big star who just returned from COVID, and then there is another one who is in NXT.”

There are probably others who are going to be kept out due to contact tracing: Dave Meltzer on the COVID-19 problem in WWE

Meltzer noted that there could be several other names who also tested positive for COVID-19. Additionally, many Superstars could be asked to stay away from TV due to contact tracing. This week’s RAW was a clear indicator that WWE is dealing with another outbreak following the holiday season.

“And there are probably others and probably others who are going to be kept out due to contact tracing; I’m going to guess. So, like tonight’s show was obviously very much a skeleton show. You could see by people working multiple matches, and I know a lot of talent you’d expect to be on the show was not there. And I do not know anyone else on RAW that’s tested positive, but obviously, if you can watch the show, you can deduct who wasn’t there, and there were a lot of people not there.”

Despite being short-handed, WWE managed to put on another RAW episode with multiple Superstars doing double duty. However, how long will WWE have to function with a depleted roster? Stay tuned as we gather more details.

How to build a simple yet effective 2×2 starter base in Rust
How to get the Rapper Underlord bundle from Strike Down event in Free Fire: Step-by-step guide
To Top