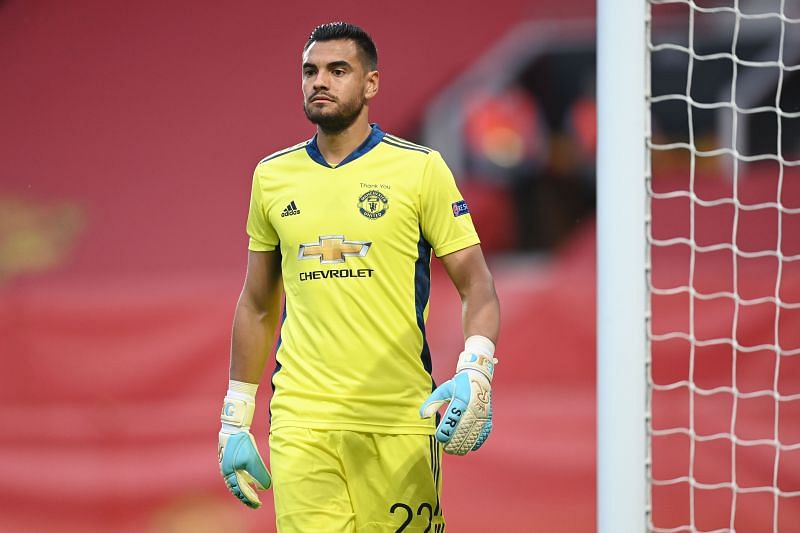 Eliana Guercio, the wife of Manchester United goalkeeper Sergio Romero, insists there has been no contact with any clubs for the player’s services. The Argentinean is edging closer to an exit from Old Trafford and was recently linked with a move back to his native country.

Guercio has regularly criticized Manchester United for their treatment of the Argentinean and has even accused the club of lacking respect for the player.

Sergio Romero was an indispensable member of the Argentina team that finished runners-up in the 2014 FIFA World Cup. He subsequently moved to Old Trafford and has been a fantastic servant to the club throughout his stay.

Romero turned out to be a more than able deputy to David De Gea, and performed brilliantly each time he was called to action and waiting patiently for his chances on the bench.

However, the emergence of Dean Henderson meant that the Argentinean found himself further down the pecking order at Manchester United this season. His removal from both the Premier League and the Champions League squads further added fuel to the speculations.

The Manchester United goalkeeper has been linked to a move back to Racing but Guercio has now squashed those rumors on Twitter.

“I’m staying due to the pandemic, when this madness passes a little, I’ll go back to Ser. There are no calls from any club in Argentina, so… Surely someone is lying to them. Have a great year” said Guercio

Sergio Romero is hoping for a transfer this month. He is due to return to Manchester United from Argentina next week after the goalkeeper was given an extended holiday, along with defender Marcos Rojo. (@TelegraphDucker) #MUFC

Sergio Romero is currently in his sixth season at Manchester United, even though he is yet to appear for the Red Devils in the current campaign. He has 61 appearances for the club so far and was one of the standout performers in their Europa Cup triumph in the 2016/17 season. His current contract expires at the end of this season.

Ole Gunnar Solskjaer recently spoke about Marcos Rojo and Sergio Romero’s contract situation, revealing that neither of their contracts will be renewed.

“Both of them have contracts until the summer, and they are not going to be extended, so we are looking for them to find clubs. Marcos has been given time to go home, so he is still in Argentina. Sergio has been back home to see his family, but he is back in England now” said Solskjaer