Floyd Mayweather Jr. was born in Grand Rapids in the state of Michigan, USA.

Born Floyd Joy Sinclair on February 24, 1977, Floyd Mayweather attended Ottawa Hills High School as a kid. However, he dropped out of school to pursue a career in boxing.

Floyd Mayweather once revealed that it was his grandmother who first saw and recognized his potential as a boxer.

“I think my grandmother saw my potential first. When I was young, I told her, ‘I think I should get a job.’ She said, ‘No, just keep boxing.'”

Floyd Mayweather: It’s not always about the money

Floyd Mayweather has opened up about his childhood on a few occasions, including in an interview with Larry King. He talked about how he had seen the “best of both worlds” as a kid, implying that he had lived in poverty as well as affluence when he was younger.

Floyd Mayweather’s father worked hard to give him a better life. But it was much different when he lived with his mother.

“I had the best of both worlds. I stayed with my mother. At one particular time, in Bronx, New Jersey, we lived seven deep in a one bedroom apartment, no hot water… But also, at one particular time, I stayed with my dad as a kid, and my dad of course, he hustled in the inner city of Grand Rapids, Michigan. He made sure I had the finer things in life when I was young.”

Answering King’s question about how it feels now to come from nothing and now have everything, Floyd Mayweather said that he does not measure success with money. He considers freedom to be of much higher value, something that he would never compromise with.

“It’s not always about the money. Of course, I am Floyd ‘Money’ Mayweather. Who doesn’t like to make money, who doesn’t like the finer things in life? But you can have all the money in the world, but if you have no freedom, then it’s like you being broke. So, I come to find out that my freedom is more important than anything.” 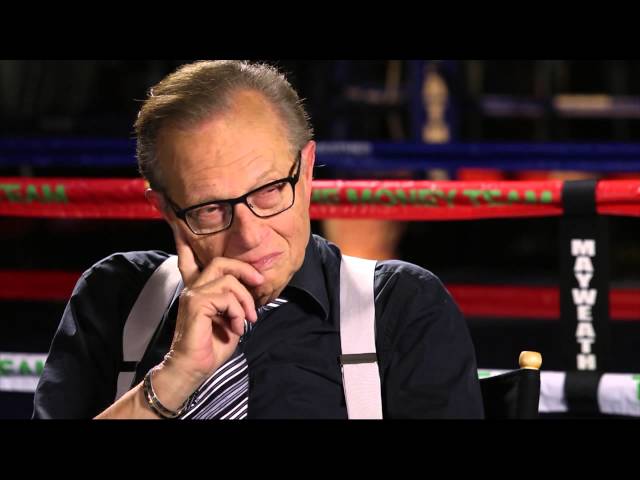