Former Indian left-arm orthodox spinner Pragyan Ojha believes Team India need to play Wriddhiman Saha ahead of Rishabh Pant in Tests. Although the 23-year-old is the better batsman, Ojha feels Saha is the better wicketkeeper, and it should not matter whether Team India is playing at home or away.

Rishabh Pant’s role as a wicketkeeper in Team India’s playing XI came under intense scrutiny yet again as he dropped two catches off young opener Will Pucovski, allowing the latter to score his maiden half-century.

The visitors could have gained the upper hand over the Aussies on day one of the third Test, but Pant’s mistakes have handed the hosts the initiative. Ojha believes the southpaw needs to sort out his wicketkeeping problems as soon as possible, or it could cost the Indian team dearly.

Speaking on the YouTube channel ‘Sports Today,’ Ojha explained why Saha should be Team India’s first-choice wicketkeeper and not Rishabh Pant.

“That catch dropped by Rishabh Pant…I think India had the plan right [against Pucovski], they bombed him. But if you drop those catches, especially on a wicket that is so good to bat on and a day 1 wicket then things are totally different [from what was planned],” Ojha said.

“That’s the reason I said Wriddhiman Saha was very important. He’s the No.1 wicketkeeper for you. You have to back him. You know always – the process. Yes, Rishabh Pant is a brilliant batsman but taking catches, getting those 50-50 chances, stumpings, everything behind the stumps. Those things are also important especially when you’re playing against sides like Australia,” he added. 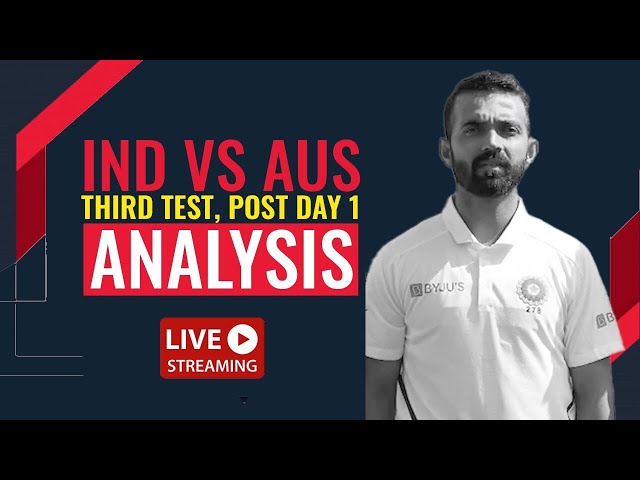 I am still going to stick by Rishabh Pant: Deep Dasgupta

While Ojha vouched for Saha as Team India’s first-choice gloveman, former Indian wicketkeeper Deep Dasgupta believes the visitors need to stick to their decision of backing Pant in overseas conditions.

Before the 2019 home season, the Indian team management had decided that Saha would be handy with his wicketkeeping skills in India, while Pant’s batting ability will be crucial in overseas conditions.

Dasgupta wanted the Indian think tank to stick to that decision. However, he also agreed that the young Delhi wicketkeeper was repeating the same mistakes too often – something he needs to work on before it is too late.

“I don’t think he [Saha] was shown the door. I think if they have a policy, of playing Rishabh Pant away from home, Wriddiman at home I can understand. So I’m still going to stick by Rishabh playing this Test match,” Dasgupta said.

“But what the sad thing is, he’s repeating the same mistakes. It’s disheartening to see that he is not learning [from his mistakes]. I would still back him. I would still back the idea behind picking Rishabh and I hope he improves before it’s too late,” he further added.

Team India’s Pant-Saha conundrum continued in the Border-Gavaskar Trophy Down Under as Saha was dropped after disappointing with the bat at the Adelaide Oval.

Although Rishabh Pant played an impactful cameo in the Boxing Day Test, he needs to realise that his primary role is that of a wicketkeeper.

Pant’s blunders behind the stumps has helped the Aussies end a rain-hit day one at the Sydney Cricket Ground (SCG) in the ascendency on 166-2.

With both Steve Smith and Marnus Labuschagne looking good at the crease, the visitors will need to pick early wickets on day two to stay in the game.