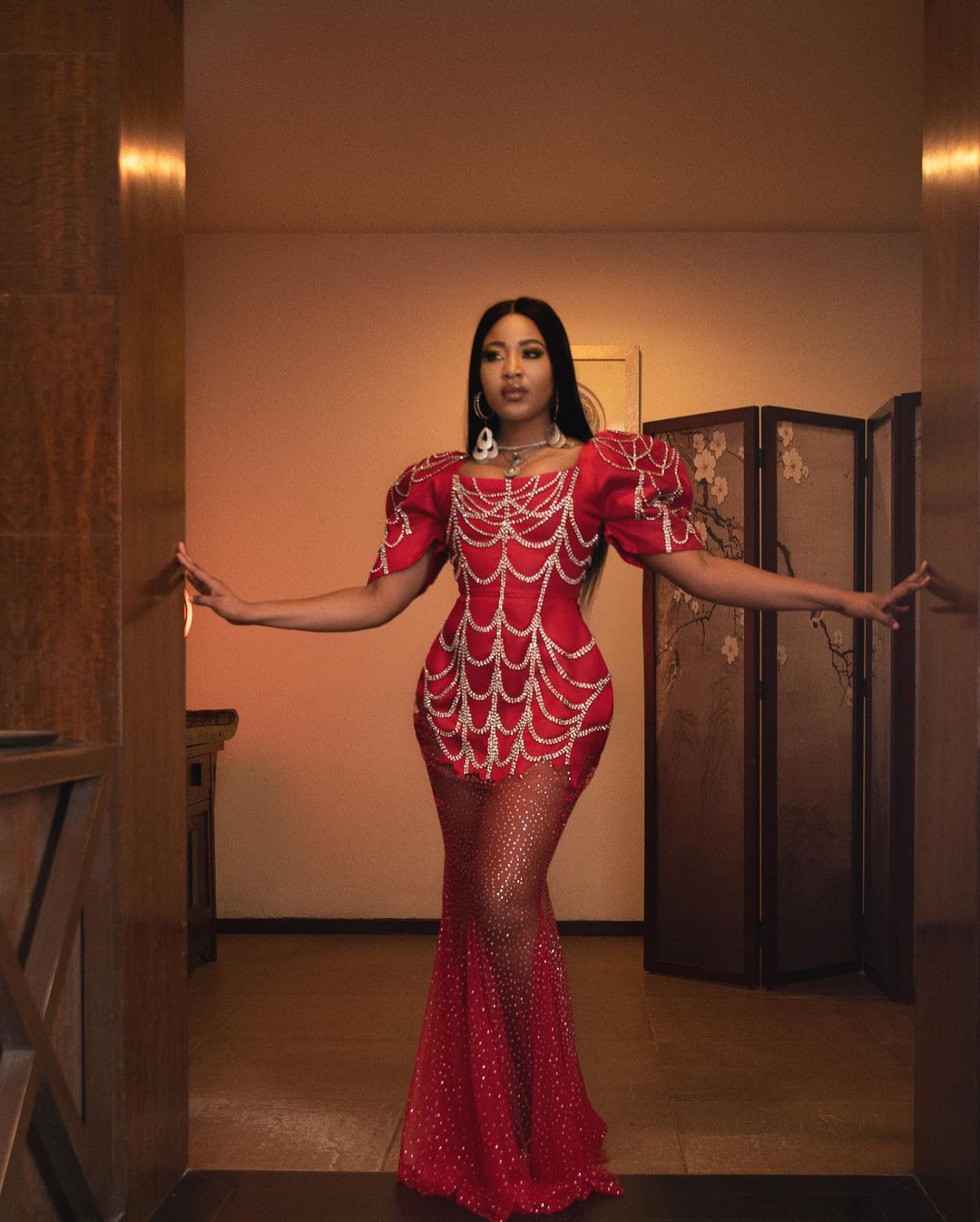 Erica and Kiddwaya met in the Big Brother Naija house and developed a steamy relationship which has subtly continued outside the house. If speculations come to pass, they just might be yet another official couple the reality show has produced.

Erica proceeded to assert her Authority with a comment on Kiddwaya’s recent photo wherein he had his legs opened. 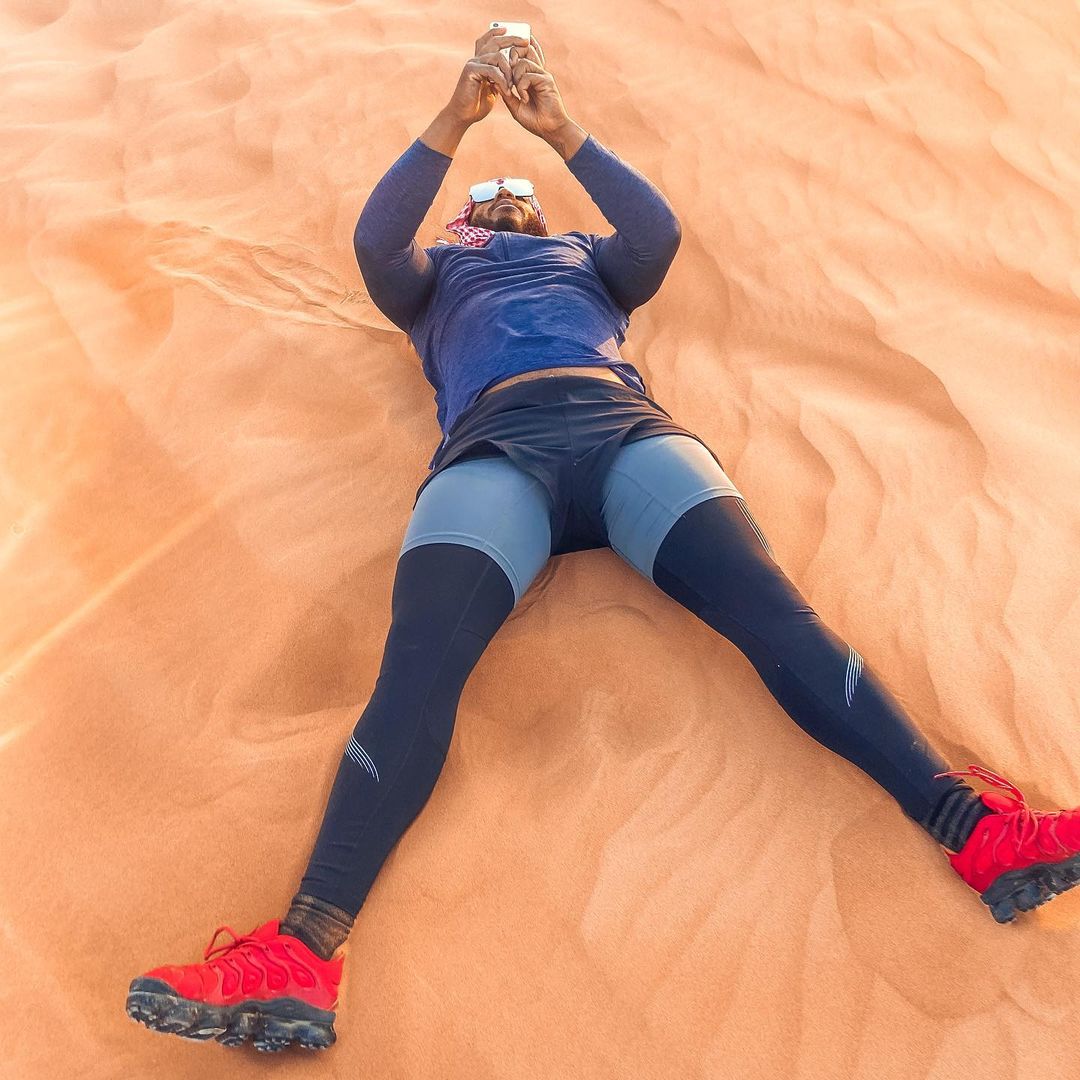 Kidd shared the photo as he recalled having a good time in Dubai but Erica was more interested in him concealing his egg plant. 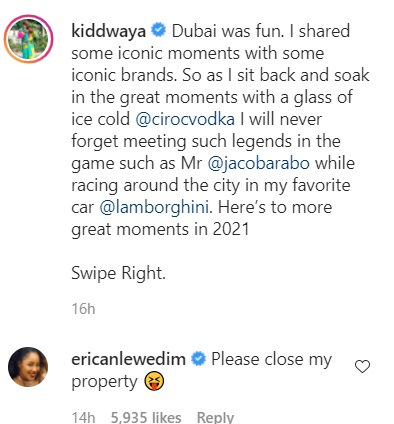