Minecraft players earn the “Pork Chop” achievement upon cooking a raw porkchop into a cooked porkchop and then eating it.

Porkchops were one of the first food items that players were able to obtain and cook in Minecraft. For a large portion of Minecraft’s early days, there were not a lot of options that players had for food.

Killing pigs for porkchops was one of the most tried and true ways for getting an item to restore health. Nowdays, porkchops restore a player’s hunger bar, which in turn is what will regenerate the player’s health bar.

Minecraft players can still obtain this historic piece of food and earn a Minecraft achievement in the process while playing on Bedrock Edition.

This article breaks down how to obtain the “Pork Chop” achievement in Minecraft Bedrock Edition. 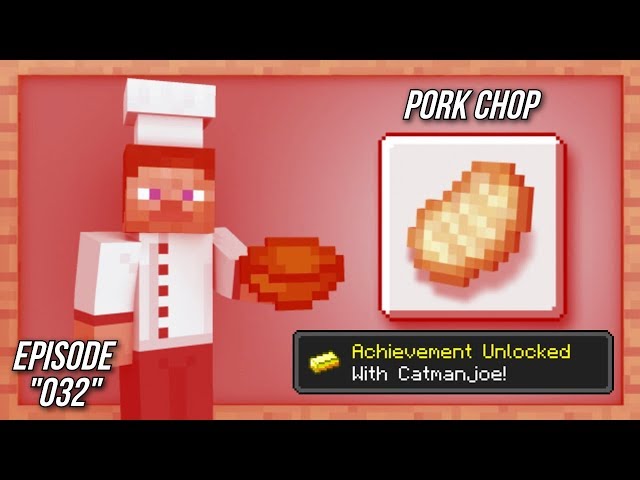 Players who are interested in earning this achievement, will first need to find a pig or hoglin out in the wilds of Minecraft. Both of these mobs will always drop a raw porkchop upon defeating them.

Hunting down a pig may be far easier for newer players, as they can be found in the Overworld. Finding a hoglin is a bit more difficult, as they are only found in the nether, primarily in crimson forest Nether biomes.

Pigs are not difficult to find, as they can found in almost all grassy biomes where there is a light level of seven or higher. These passive mobs will also continue to spawn on grass after the initial world generation process for any given seed.

These mobs will not fight back against the player, so a few quick whacks with a good sword or axe is all this should take in order to slay one. Players can also simply punch one to death, if they do not have a weapon available.

Raw porkchops can also be purchased from some butcher villagers, but players should probably save their emeralds for something more rare. Pigs are easy enough to find in the majority of Minecraft worlds.

Once players have gotten their hands on a raw porkchop, it is time to start cooking. Players will just need to place the raw piece of meat into either a furnace, smoker, or campfire.

Then players will need to provide a fuel source such as coal, and the piece of food will be cooked in a few moments. Players will lastly just need to consume the cooked porkchop, and they will earn the “Pork Chop” achievement.

Fun Fact: Pigs or hoglins that are killed while on fire, will drop a cooked porkchop instead of the raw version.