Victor Chukwutem Inalu, the man accused by his wife of molesting their 9-month-old old son (read here) has released an official statement addressing the allegations.

He explained that his wife was present and they agreed to a medical evaluation of their son.

However, he claims his wife has disappeared with their son and refused to present the infant for medical examination.

He said his wife’s claims were all fabricated and thanked those who stood by him.

Read his statement below. 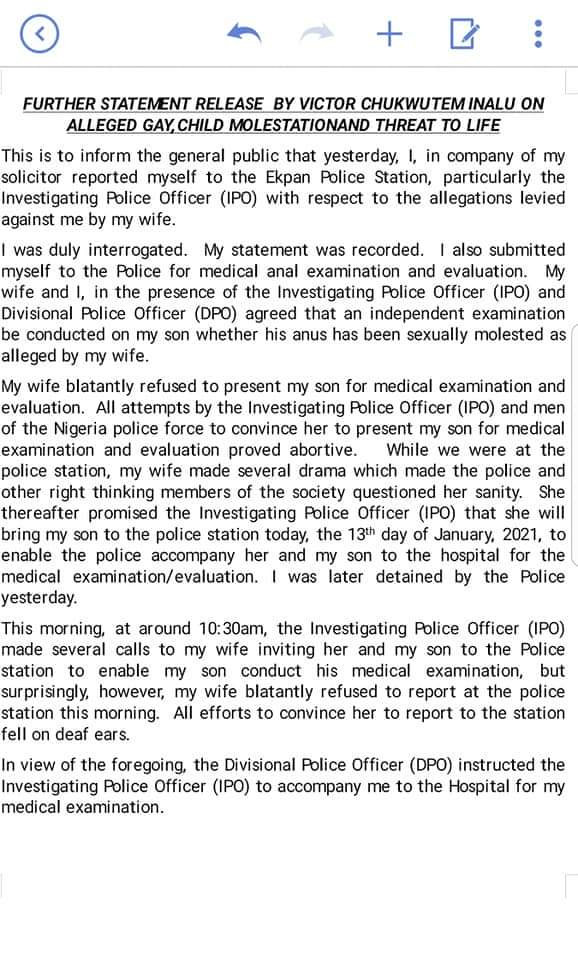 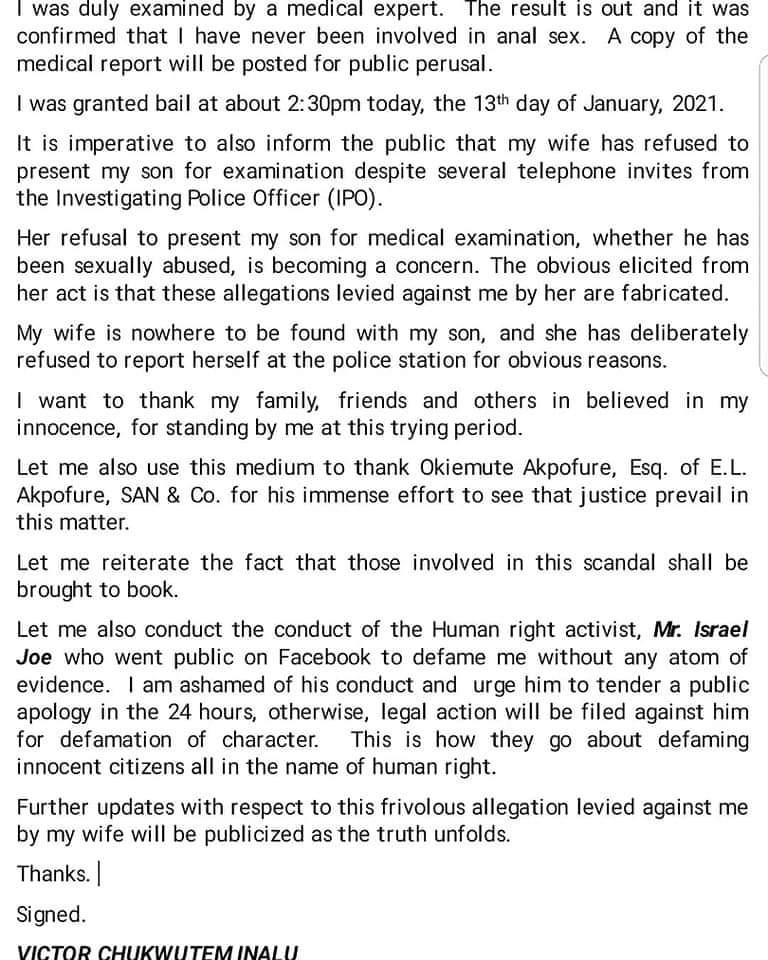