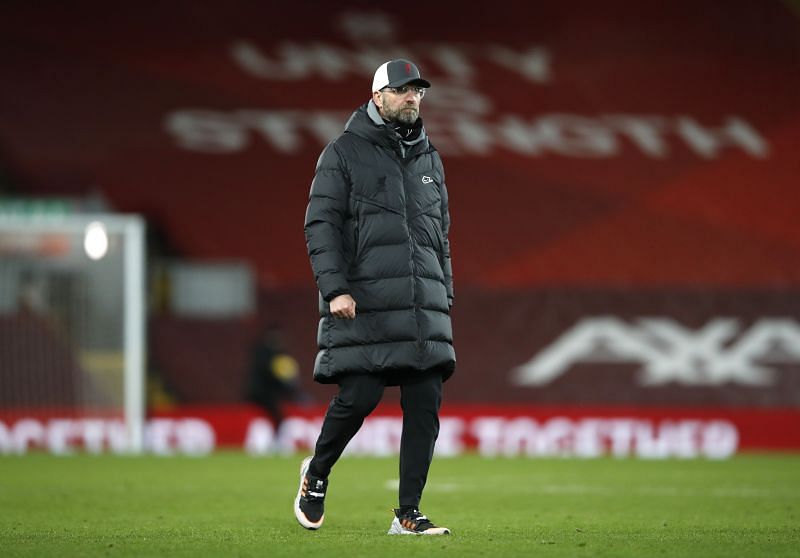 Liverpool will face Manchester United on Sunday in a game that could have a big impact on the title race this season. The Reds have been quiet in the transfer window so far. Let’s take a look at the latest transfer news featuring Liverpool from 14th January 2021.

Adam Lewis was recalled from his spell at Amiens earlier in January but has quickly made another loan switch to League One side Plymouth Argyle.

The 21-year old found it hard to get into the Amiens starting lineup after a promising start. He did not make a first-team appearance since featuring for them in early November.

Lewis signed a long-term contract with Liverpool before his switch to Amiens last summer. He will hope to impress in League One and help Plymouth get closer to the playoff spots.

Daniel Cabral is reportedly attracting interest from a host of top European sides, including Liverpool.

The Brazilian is apparently in preliminary contact with some of the clubs as per YouTube channel Flazoeiro (via Sport Witness). They also claim as many as 17 sides have made an enquiry about the player.

Cabral impressed for the Flamengo U-20 side and helped Brazil lift the FIFA U-17 World Cup in 2019.

Even though Liverpool might lose Georginio Wijnaldum in the summer for nothing, they will still have a packed midfield. Another youngster is the last thing they need as young Curtis Jones has impressed this season. Making the move to Anfield might not be the best move for Cabral at this point in time.

Liverpool have the chance to sign Arsenal centre-back Sokratis

Sokratis has fallen way down the pecking order at Arsenal and is expected to leave in the summer when his contract will be up.

As per Fabrizio Romano (via talkSPORT), Liverpool were offered a chance to sign Sokratis, but they are still yet to decide on whether or not they need a new centre-back.

Sokratis played under Klopp during their time at Borussia Dortmund, but he isn’t the same player he once was in the Bundesliga. The Greek international is likely to come cheap and has a lot of experience, so he could be a smart signing for Liverpool.