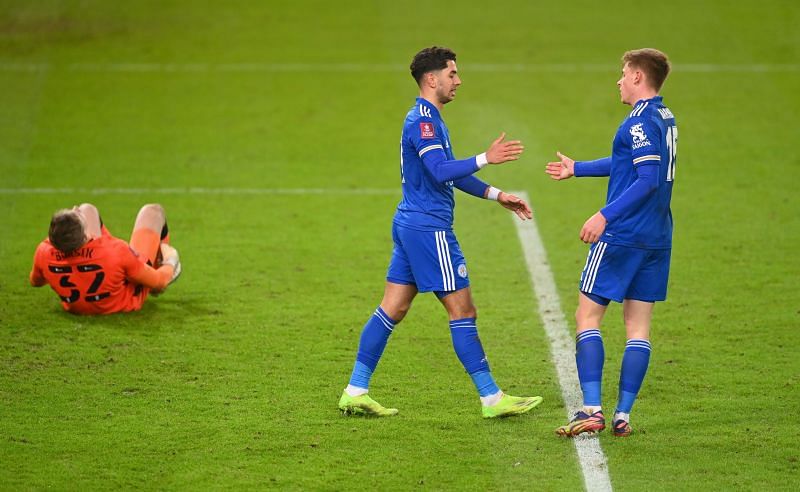 Leicester City will be looking to keep their place in the top four intact as they host an impressive Southampton at the King Power Stadium on Saturday night.

Leicester City are coming off an impressive 4-0 win against Stoke City in the FA Cup as they take on Southampton on Sunday. Southampton are relatively better rested and will be looking to kick on from where they left off last week where they defeated Liverpool at the St. Mary’s.

Leicester City are on a five-match unbeaten streak and are just a point behind second-placed Liverpool on the Premier League table. However, they cannot afford to slip up as both Everton and Tottenham Hotspur are right behind them.

Southampton’s only loss in their last seven games came against Manchester City and Ralph Hassenhuttl’s side have been in good form of late. Southampton will be well wary of the fact that Leicester have struggled at home this season and they have also won on their last two trips to the King Power Stadium.

This is a great chance for either side to build on their recent runs and gain some momentum as the fight for a Champions League berth intensifies. Though Southampton are seventh on the Premier League table, they are just three points behind Leicester City.

Leicester City and Southampton have locked horns 91 times till date. The Saints have the slightest edge over their opponents and have won 34 games. Leicester City have won 29 games. 28 matches have ended in a draw.

The last time these two sides met was in January last year and Southampton won 2-1 at the King Power Stadium.

Dennis Praet is certain to miss out on Saturday while James Maddison, Cengiz Under and Jamie Vardy will all face late fitness tests. Ricardo Pereira is also a doubt for the game.

Jannik Vestergaard, Nathan Redmond (hip injury), Moussa Djenepo (hamstring injury) and Michael Obafemi are all injured for Ralph Hassenhuttl’s side. Che Adams is likely to return to the fray.

This should be a toughly contested affair. Leicester City are sitting at fourth and have exceeded expectations but their home form has been rather awful. Southampton have also been victorious in their last two trips to the King Power Stadium.

The Saints are also buoyed by their recent win against reigning Premier League champions Liverpool.