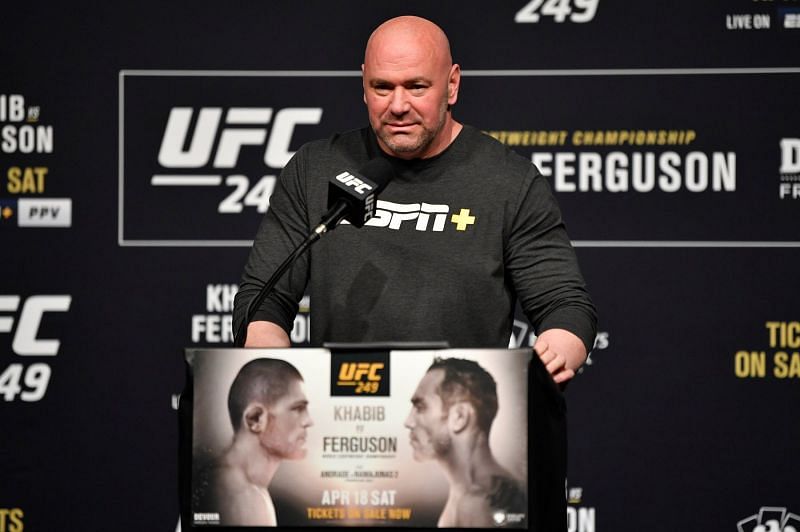 UFC President Dana White has promised to do his best to stop online piracy and has claimed that he has a few tricks up his sleeves to stop the illegal streamers this year.

While Dana White didn’t exactly reveal the big surprise he has in store for the pirates, the UFC President claimed that he has harsh punishments to hand out.

In a recent interview with TheMacLife, White said that he looks forward to catching all the social media tough guys and is looking forward to the crying and begging.

“We’ve been one of the leagues that has been so proactive on piracy. I love how cool and tough these guys act on social media because let me tell you what, we’ve caught a lot of people. Let me tell you what they do: they cry. They cry and they beg not to be prosecuted and all this other stuff.”- Dana White told Oscar Willis of TheMacLife.

The UFC President further mentioned that the UFC has overcome a huge hurdle in the piracy world and will be catching the online pirates in 2021.

“We just overcame a huge hurdle in the piracy world and we’re going to catch some of these guys in 2021 and I look forward to the crying and the begging. We’ll see how tough they are when they get caught.”

What could be Dana White’s big plans for UFC’s Triple Header Week and for the rest of 2021?

Dana White’s promotion will kick start their events this weekend with UFC Fight Island 7. The card will be headlined by Calvin Kattar and former UFC featherweight champion Max Holloway in an exciting 145-lbs showdown.

Within the next few days, UFC will host their second event of Triple Header Week with Neil Magny and Michael Chiesa headlining UFC Fight Island 8.

And finally, the promotion will cap off with the big one, UFC 257. The first pay-per-view of the year will feature Conor McGregor’s return, who faces Dustin Poirier.

As expected, online pirates will look forward to streaming the PPV illegally. However, as per Dana White’s plans, the UFC President has promised to catch the pirates, and it remains to be seen what his big plans are to do so.