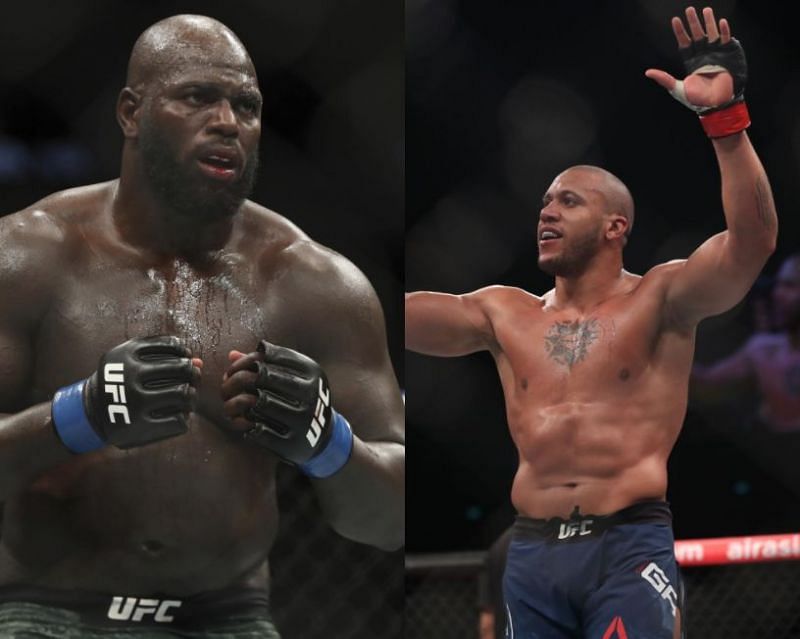 A heavyweight showdown between Jairzinho Rozenstruik and Ciryl Gane is reportedly set for the UFC Fight Night card of March 13th. According to an initial report from La Sueur, the two heavyweights will meet in the octagon within the space of the next two months.

Here is the report from La Sueur on Twitter:

On the back of a loss to Francis Ngannou from the UFC 249 event from 2020, Jairzinho Rozenstruik will aim to get back on the win column. His defeat to The Predator occurred within 20 seconds of the fight, so Bigi Boy will aim to make a big statement on March 13th. A win may be required to redeem himself in the UFC’s heavyweight division.

Ciryl Gane, meanwhile, is on the back of a massive win over former UFC heavyweight champion Junior dos Santos. Gane won the fight via second-round TKO at the final UFC pay-per-view of 2020, UFC 256. The French heavyweight sensation is currently unbeaten in the UFC, having already outlasted the likes of Tanner Boser, Don’Tale Mayes, and Raphael Pessoa in the promotion.

What to expect from the Jairzinho Rozenstruik vs. Ciryl Gane fight on 13th March

Both Jairzinho Rozenstruik and Ciryl Gane are rising stars in the UFC’s heavyweight division. Gane aims to improve on his winning streak and not succumb to the first loss to Big Boy. Rozenstruik would love nothing more than a dominant win to rekindle his heavyweight title aspirations once again.

The UFC on March 13th card, meanwhile, is shaping up quite nicely, as well. As reported recently, the card will be headlined by Khamzat Chimaev and Leon Edwards, in one of the most highly-awaited welterweight fights in recent memory. The bout had been canceled on two occasions, and it remains to be seen if the third time will be the lucky charm or not.

As things stand, a location for the UFC on March 13th event is yet to be announced or confirmed by the promotion.