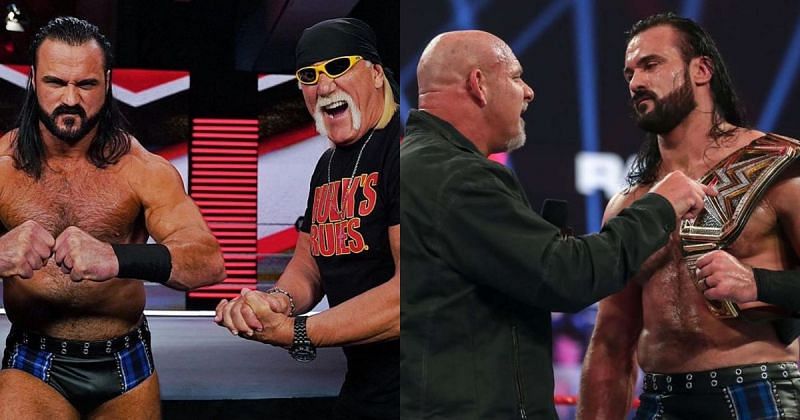 The WWE confirmed in the hours leading up to RAW that Drew McIntyre tested positive for COVID-19. The WWE Champion’s scheduled match was taken off the card, and the promotion got down towards altering the creative plans for the episode.

Drew McIntyre, though, did appear on RAW to address the fans in a video segment. McIntyre stated that he was in quarantine and had showcased no COVID-19 symptoms. However, that may not be the case.

Dave Meltzer reported on the latest Wrestling Observer Radio that Drew McIntyre does indeed have mild symptoms. It was noted that McIntyre contracted the virus despite being very safe about social distancing.

“Mild symptoms, actually. I know what he said, but it’s mild symptoms. My impression of McIntyre is that he has been pretty safe as far as not going anywhere, and as far as how he got it? You know, s*** happens, and you can go to a grocery store and get it.”

The belief is that he did not have it last Monday: Dave Meltzer on the timeline of Drew McIntyre’s COVID-19 testing

Meltzer added that Drew McIntyre tested positive on Sunday, and the belief was that he was not positive for COVID-19 during last week’s Legends Night edition of RAW. The reigning WWE Champion was close to Hulk Hogan and Jimmy Hart, and he also had an in-ring segment with Goldberg on the previous RAW episode.

There is apparently no concern about the veterans’ safety mentioned above, as Drew McIntyre didn’t have COVID-19 last week.

Drew McIntyre was tested along with all the Superstars that were scheduled to be on TV this week, which happens one day before the shows.

“He tested positive, I believe, yesterday because everyone has got to get tested the day before the show. Before every television, everybody who is on the television has got to test, and he tested positive on, so that would probably be Sunday. So, the belief is that he did not have it last Monday, because if he had it last Monday, that would not be good because he was right next to Hulk Hogan and Jimmy Hart. Jimmy Hart is in his 70s, and Hulk is in his late 60s, and obviously, he was all over Bill, headbutting him and all that. So, those guys are not in; the belief is that they are not in any jeopardy or anything to worry about them. You know, you never know 100 percent.”

Drew McIntyre, however, isn’t the only WWE Superstar who has tested positive for COVID-19 as three other names have also been reported.