WWE is all set to kickstart the WWE Superstar Spectacle show, and it will officially get underway with a special premiere episode on India’s Republic Day – January 26, 2021.

The story and all the additional details were first reported by SK Wrestling’s Riju Dasgupta and Danny Hart. Now, Sony Pictures Networks has released a detailed statement regarding what to expect from the monumental WWE event.

The show will air from 8 PM IST onwards, and it will feature a plethora of big names from RAW, SmackDown, and NXT.

The uniquely-produced show for Indian viewers will feature a host of top Superstars and Legends from the WWE. Sony Pictures Networks’ statement revealed the list of WWE Superstars who will appear on WWE Superstar Spectacle.

WWE Superstar Spectacle would not be an Indian show without its homegrown talent, and the company has also revealed 10 Indian WWE Superstars who will be prominently featured.

Former WWE Champion Jinder Mahal is expected to be the show’s face, and other promising Indian Superstars from NXT will accompany him. The Bollywood Boyz, Indus Sher, Jeet Rama, Kavita Devi, Giant Zanjeer, Dilsher Shanky, and Guru Raaj have been announced to be a part of the NXT India roster.

We love the passion and support from the huge WWE Universe in India: Triple H comments on WWE’s historic India project 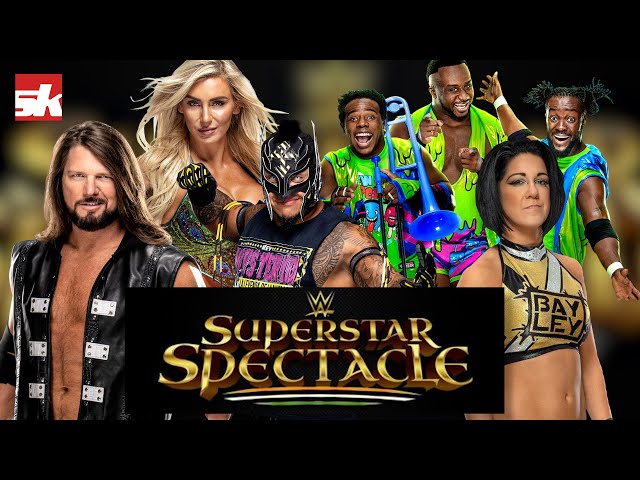 Triple H opened up about WWE Superstar Spectacle and reaffirmed the company’s stance towards creating a successful brand in India. WWE’s Executive Vice President for Global Talent Strategy & Development said that WWE loved the passion and support from the massive WWE fanbase in India, and he promised to produce top-tier content featuring a healthy mix of Indian and other top performers from the WWE.

“We love the passion and support from the huge WWE Universe in India, so we’ve teamed up with Sony Pictures Networks, the exclusive home of WWE in India, to surprise our fans with an incredible event to kick-off 2021. WWE Superstar Spectacle will be an epic event with electrifying matches featuring some of the biggest names in WWE along with our incredible Indian performers, plus thrilling and authentic Indian-inspired entertainment.”

Rajesh Kaul, CRO (Distribution and Head – Sports Business, Sony Pictures Networks India), was glad to present WWE Superstar Spectacle and hoped that it would usher in the next generation of Indian talent in the WWE.

“WWE has consistently featured among the top watched sports properties in India over the years. We are excited about presenting WWE Superstar Spectacle to WWE fans and viewers in India on Republic Day, which will showcase and celebrate the best of the next generation Indian talent in WWE.”

India is a massive market for WWE as the country ranks #1 for YouTube consumption. India is also right at the top for WWE’s Facebook followers, and the popularity of wrestling continues to soar throughout the country.

WWE has also actively tried to sign Indian wrestlers in recent years, and it has all led to the creation of a dedicated WWE show for the Indian fans.

Post Valorant patch 2.00 exploit allows Cypher to instantly break Sage walls with his camera
‘The situation is crazy. I don’t think it can be fixed.’ — James Harden gives up on Houston Rockets
To Top