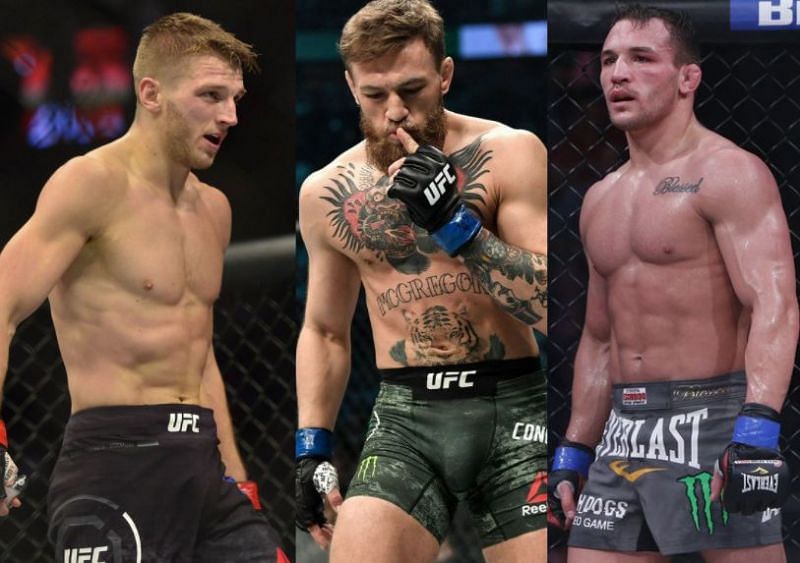 The status of the UFC lightweight championship is still unknown but according to Daniel Cormier, the winner of Dan Hooker vs. Michael Chandler should call out Conor McGregor.

UFC 257, the first UFC pay-per-view of 2021, will feature the return of Conor McGregor in a rematch against Dustin Poirier. The co-main event of the evening will be another exciting lightweight showdown between The Hangman and the debuting Michael Chandler.

Cormier further said that eventually if The Notorious One does respond to either Hooker or Chandler, then it guarantees a different level of stardom for the winner of the UFC 257 co-main event.

“Because guess what? McGregor doesn’t have the ability to not respond. He will say something back. He’ll say something and elevate you. There’s a level of stardom that comes with fighting on (the same card as) and with this dude that I’ve never seen.”- added Daniel Cormier.

UFC 257 is scheduled for the 23rd of January and will be the final card of the UFC’s Triple Header Week. The promotion will be returning to Fight Island and the first card of 2021 goes down this weekend, featuring Max Holloway and Calvin Kattar in an exciting featherweight showdown.

The second card of the week will feature Neal Magny against Michael Chiesa. And the Triple Header Fight Week will be capped off by the main event between Conor McGregor and Dustin Poirier, as part of UFC 257 that also features the likes of Amanda Ribas, Michael Chandler, Joanne Calderwood, and Dan Hooker.