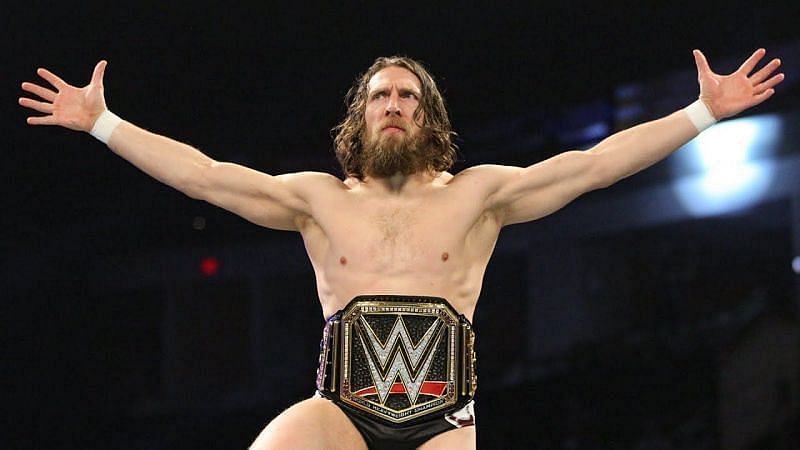 In a recent interview with BT Sport, Daniel Bryan has outlined a number of current WWE stars he would like to face in the near future.

While Bryan is one of the more experienced members of the WWE roster, in terms of the number of opponents he’s faced throughout his career, there are still a few names Bryan would like to tick off his opponent bucket list. There are also a few names he’s faced before, who he would love to share the ring with again.

“One person I’d like (to face) just because he can do so many incredible things, that I’d like to wrestle is Ricochet. Same thing with Apollo Crews. I think Apollo Crews is infinitely talented. One of the guys who I’d love to have a real like… something where we could get stuck in with, that I’ve never had the opportunity to do, is Shinsuke Nakamura. So like, there’s those kinds of things. There’s any young talent, any new challenges. I mean, I would love… we’ve had matches here in WWE but we’ve never had one that’s, like, never really built into a big match, is Seth Rollins, you know? I’d love it, just because he was a hero of mine, I’d love to do a match with Rey Mysterio. I’d love to work with his son!” Said Bryan.

He may have faced many of the above names previously but, funnily enough, Daniel Bryan actually faced Shinsuke Nakamura this past week on SmackDown in the Gauntlet Match to determine a new number one contender to Roman Reigns’ WWE Universal Championship.

Though an ongoing feud between the two men seems unlikely at this point, considering their most recent clash ended in a gentelmanly handshake, it would be amazing to see in the future.

Please stop trying to fix my personal problems, especially when you seem to just be making them up. Thanks!

Quickly after declaring himself as an entrant for the Royal Rumble match, Daniel Bryan shot to the top of many people’s lists of superstars who are favorite to win the match and go on to main event WrestleMania.

Another superstar who is currently atop many people’s Royal-Rumble-favorites list is Big E. However, many are speculating Big E would be expected to lose his Intercontinental Championship before winning the Royal Rumble and challenging for a world title.