UFC president Dana White opened up about brain injuries resulting from fighting in the light of Spencer Fisher’s CTE announcement.

Talking to MMA Junkie, White lamented Fisher’s condition but highlighted that brain injuries are a regular occurrence in a fighter’s career.

Fisher is a former UFC lightweight contender who retired in 2013 after a scan detected some brain abnormalities. He continued to work with the promotion as a promoter until 2017, taking pictures with fans and making appearances in UFC’s events.

Asked about Fisher’s Chronic Traumatic Encephalopathy (CTE), White gave a cold answer. The UFC boss claimed that even he suffers from the consequences of practicing MMA in the past, but the company continually funds research in the area.

“Listen, we are all learning every day about the brain injury stuff,” White told MMA Junkie. “We have been investing in this [Lou] Ruvo Center to try to figure out more. We are now interested [about] this thing just came out on ‘Real Sports’ about psychedelics, and we have actually reached out to the Johns Hopkins guys, and we’re diving into that.”

“But listen, [Fisher] is not the first, and he is definitely not going to be the last. This is a contact sport, and everybody who has ever done this [while] younger, myself included, is dealing with brain issues. It is just part of the gig.”

Dana White to @MMAjunkieJohn on @MMAFightingSM‘s article about Spencer Fisher:

“He’s not the first and he’s definitely not going to be the last. This is a contact sport and anybody who’s ever done this younger, myself included, is dealing with brain issues. It’s part of the gig”

In an extensive interview with MMA Fighting, Fisher, now 44 years old, revealed the difficulty of living with the condition. The former UFC contender now frequently suffers from dizziness, memory loss, depression, and reduced motor function. Accompanied by his wife, the couple also described their financial problems to cover all the treatment Fisher needs.

“I’m just beat up, and it’s just gotten worse, like all my injuries are catching up with me now, aside from the brain thing, which is the biggest one, because it adds, it adds the depression, and putting things, thoughts together and staying on track,” Fisher told MMA Fighting. “It makes all that tougher to do, too.”

I hope you’ll take the time to read this tremendous feature on Spencer “King” Fisher. His story has been a kind of elephant in the room, and @MMAFightingSM does an incredible job telling it. Harrowing stuff, but important. https://t.co/RGlPblqw1r

Spencer Fisher’s career in the UFC 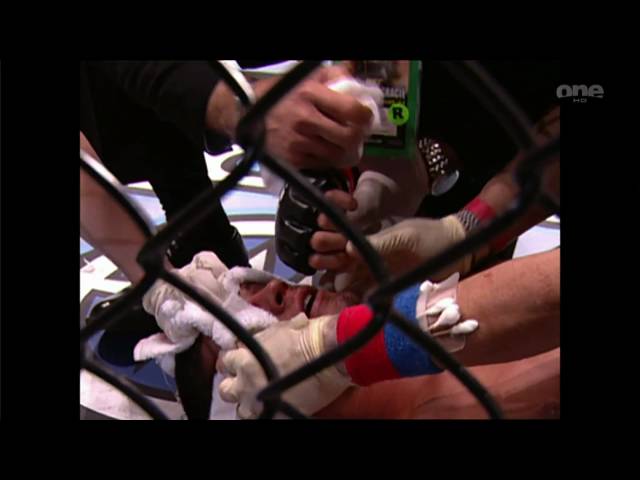 Spencer Fisher made his UFC debut in 2005 with a win over Thiago Alves via triangle choke submission in the second round.

Fisher would quickly transition to lightweight after starting in the welterweight category. There he would accomplish most of his career’s glories. Of his 17 fights in the promotion, he won nine bouts in total and lost eight.

But Fisher’s most significant legacy within the UFC could be his new fight to raise awareness about CTE and brain problems related to fighting. He wishes his suffering will at least serve as a cautionary tale to other fighters.

“If I can stop anybody else from having to deal with it, that would be good,” Fisher says in the interview with MMA Fighting. “But I don’t think they’ll listen. They have their dreams. I don’t know if I ever listened.”

How to complete the Sinnoh Collection Challenge in Pokemon GO
Minecraft Achievement Guide: Librarian
To Top