Kannywood actress, Rahama Sadau has come under fire again by Muslims for ‘showing off her skin‘ in a recent photo. 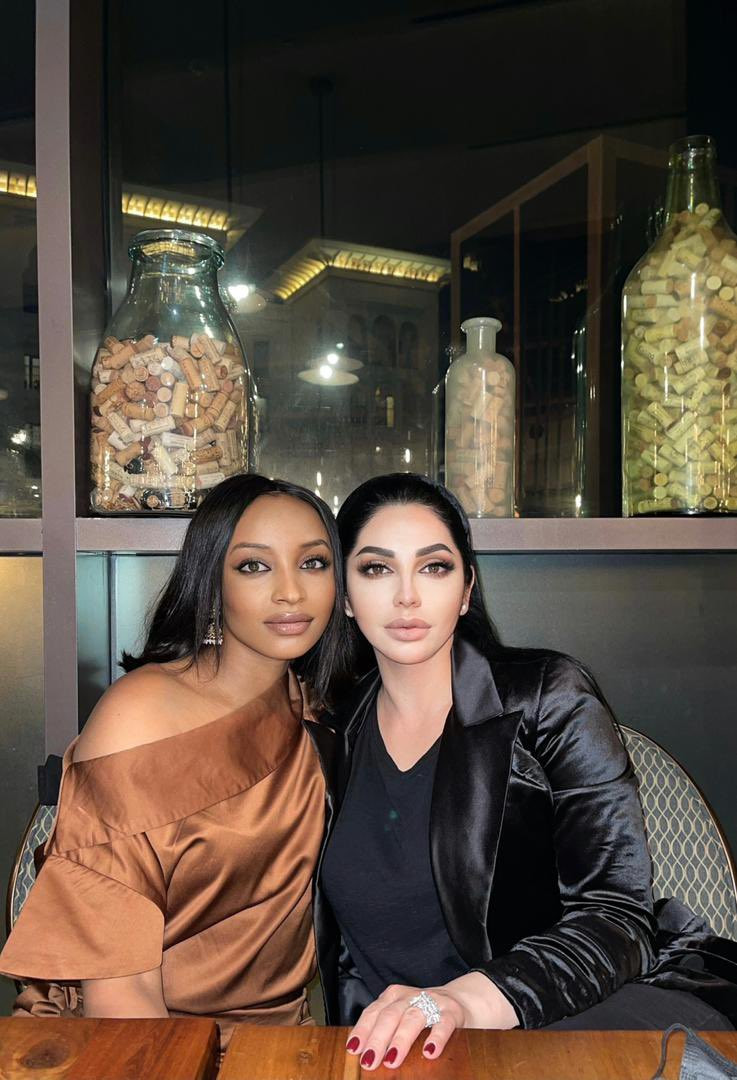 The stunning actress who uploaded a photo on her Twitter page with the caption “Rahama X Shabnam“, was yet again outed by Muslims for showing off her shoulder which her critics claimed made her ”naked.” 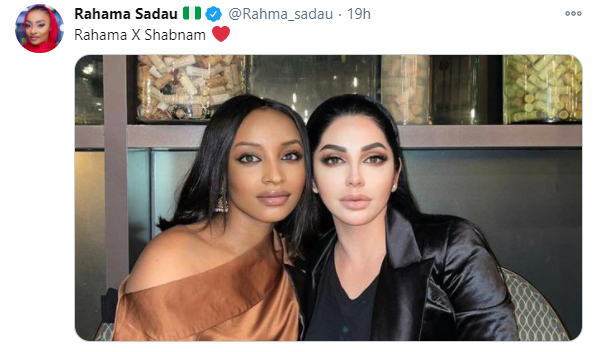 Here’s how some of them reacted to her photo below, 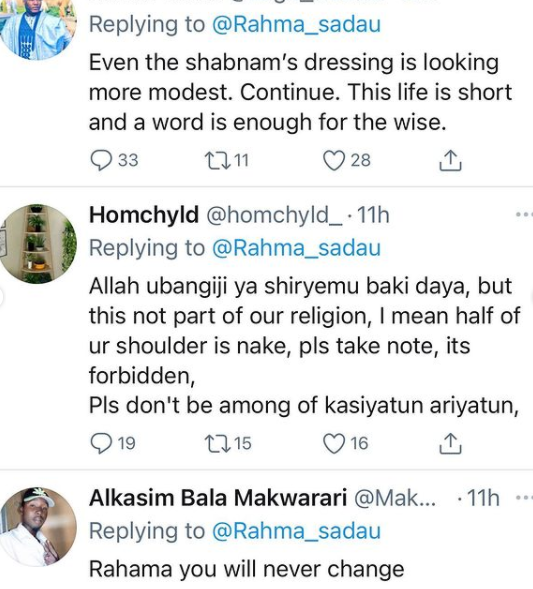 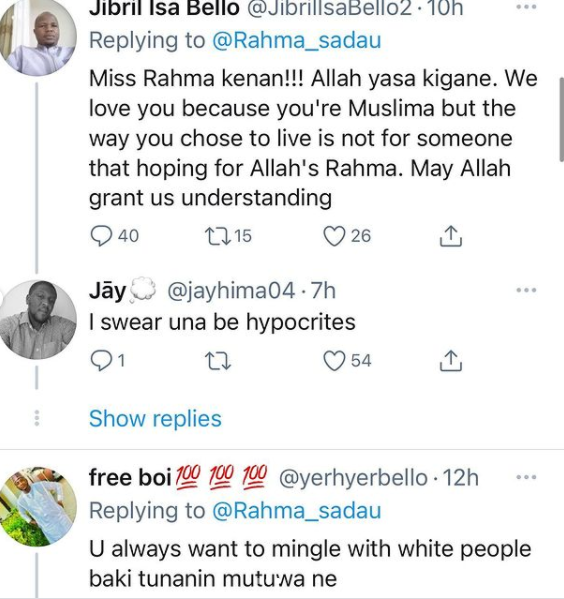 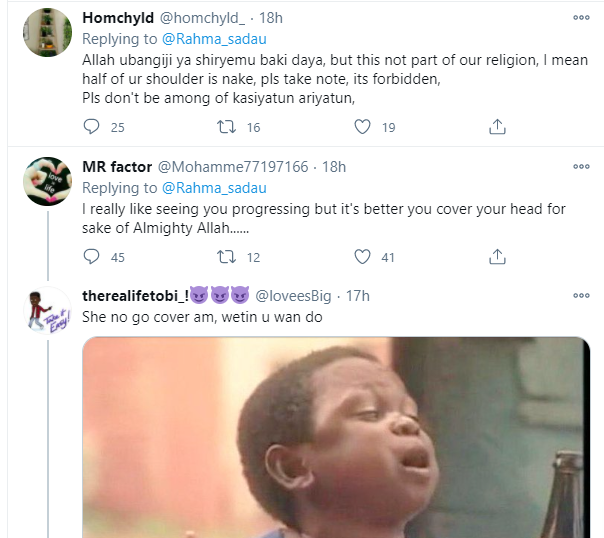 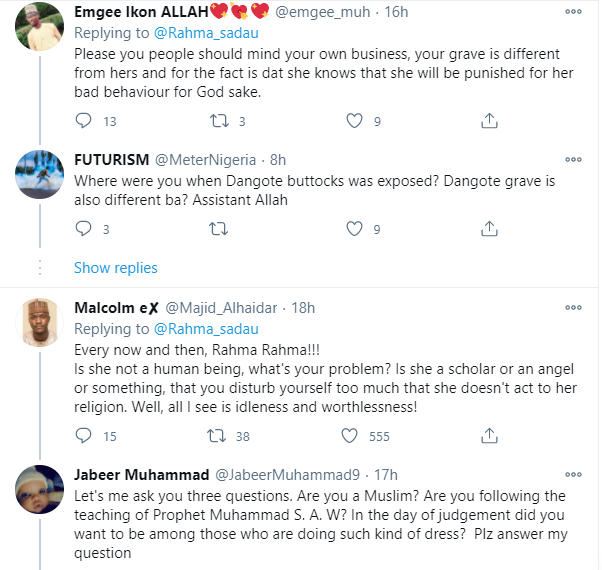 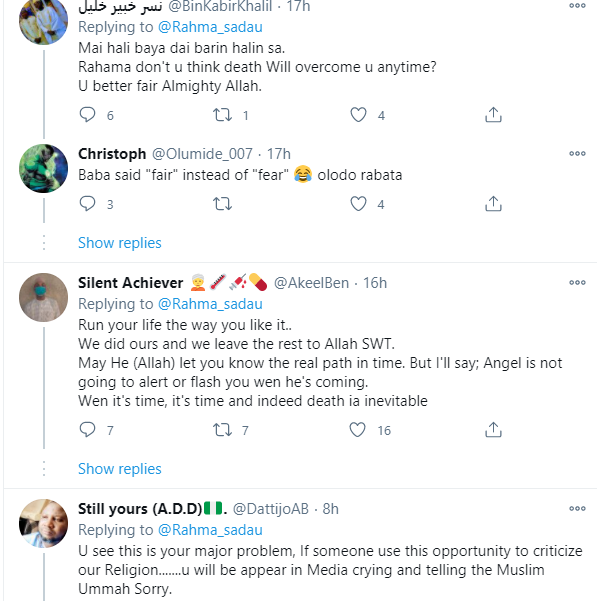